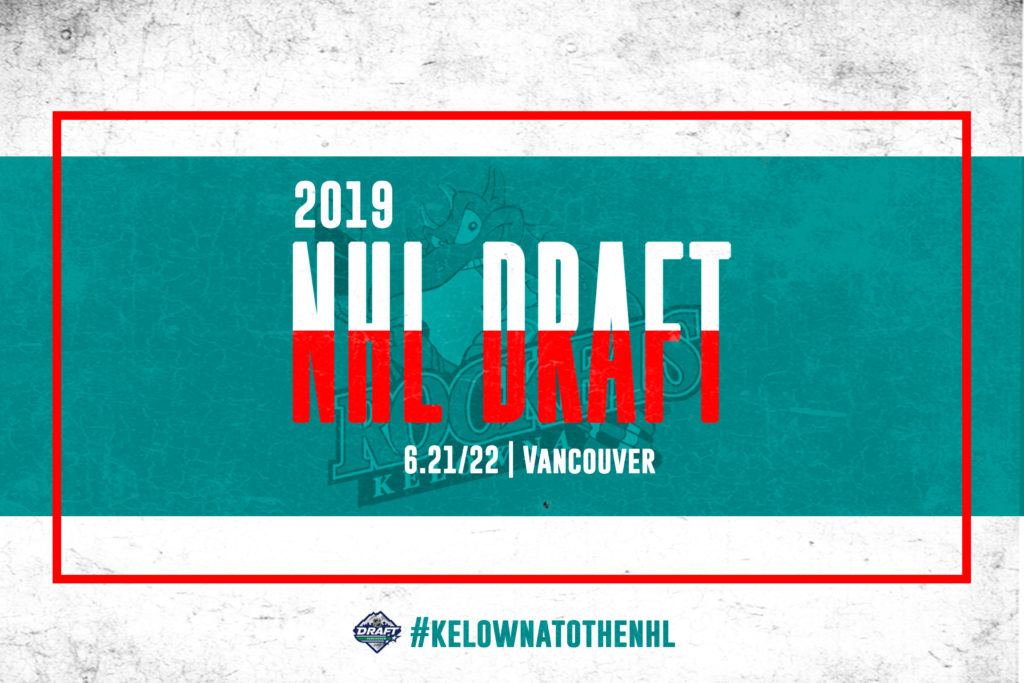 A handful of Kelowna Rockets players could hear their name called later this week at the 2019 NHL Entry Draft at Rogers Arena in Vancouver, B.C. on June 21 and 22.

Lassi Thomson, Kaedan Korczak, Nolan Foote, Jake Lee, Alex Swetlikoff and Roman Basran are all ranked on NHL Central Scouting’s final draft rankings released in mid-April. Dillon Hamaliuk is also in consideration as he attended the NHL’s Scouting Combine earlier this month and was given a limited viewing ranking on the list.

Thomson is the highest Rocket ranked on Central Scouting’s Final Rankings. The Rockets selected him 53rd overall in the first round of the 2018 CHL Import Draft.

The Finnish defender had a breakout rookie season in Kelowna. His 41 points (17G, 24A) led WHL rookie defencemen in all three categories. He was a late cut with Finland’s World Junior team. Upon returning to Kelowna, he suited up at the Top Prospects Game in Red Deer as a member of Team Orr.

He attended the NHL’s Scouting combine earlier this month in Buffalo.

The Rockets selected Korczak 11th overall at the 2016 WHL Bantam Draft after trading up from the 20th spot.

The Yorkton, Sask. product was awarded the Rockets Top Defenceman award – Sponsored by Melcor Lakeside Inc. for this past season. He suited up in all 68 Rockets games, setting career highs in assists and points; he had four goals and 29 assists, giving him 33 points.

He played alongside Thomson on Team Orr at the Sherwin-Williams Top Prospects Game. Following the Rockets season, he suited up for Team Canada at the 2019 IIHF U18 World Championship in Sweden.

Korczak placed in the top 25 of 11 fitness tests at the NHL Scouting Combine.

Kelowna selected Foote 43rd overall during the second round of the 2015 WHL Bantam Draft.

His 36 goals this past season led the Rockets in goals scored, 17 of them came on the power play. Foote was second in team scoring with 63 points (36G, 27A) and lead the team in shots on goal this season with 236.  He was named the Rockets Most Valuable Player – Sponsored by MacDermott’s Mens Wear.

The 18-year-old had a busy year. He put his talents on display for Team WHL at the CIBC Canada/Russia Series in October and Team Cherry at the Sherwin-Williams Top Prospects Game. He placed in the top 25 of seven fitness tests while attending the NHL Scouting Combine.

This past season he posted a career-best 24 points (3G, 21A) in 67 games. He played with Korczak and Thomson on Team Orr at the Sherwin-Williams CHL/NHL Top Prospects game this past January. 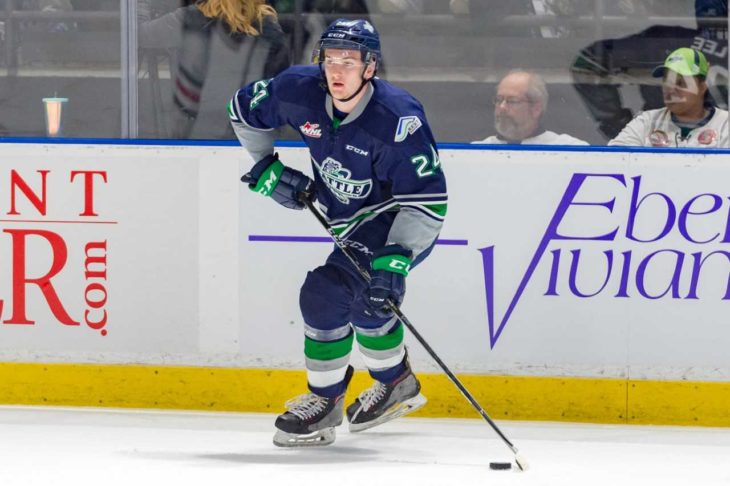 Swetlikoff joined the Rockets following the Christmas break after the Rockets acquired his playing rights. Before joining the Rockets, he suited up for Canada West at the World Junior A Challenge this past December in Bonnyville, Alta. where he helped the team take home bronze.

The big centreman seemed to ease into his role as the season wore on, with the coaching staff depending on the rookie in all situations. He finished off his first season in the WHL with 14 points (6G, 8A) in 32 games.

Hamaliuk was acquired alongside Lee from Seattle. The 6’3, 193-pound winger was drafted by the Thunderbirds 111th overall in the 6th round of the 2015 WHL Bantam Draft.

The 2000 born forward suited up for Team WHL at the CIBC Canada Russia Series this past November. He was invited to play at the Sherwin-Williams CHL/NHL Top Prospects game but missed it due to his injury.

He also attended the NHL Scouting Combine where he only participated in the interview and medical portion as he continues to recover.

Kelowna drafted netminder Roman Basran with the 64th pick during the third round at the 2016 WHL Bantam Draft.

kelownarockets.com will be attending both days of the draft, be sure to follow @kelownarocketswhl on Instagram for exclusive behind the scenes stories.