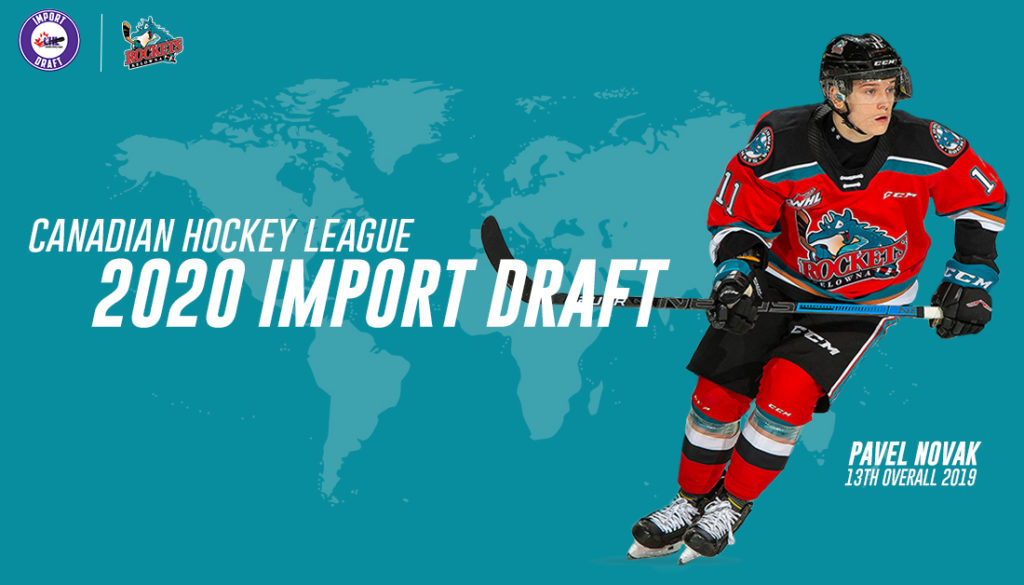 The two-round draft will take place online with the order of selection rotating through each of the CHL’s three leagues using an inverse order of final regular-season standings within each league from the 2019-20 season.

The Kelowna Rockets will make a single selection, they cleared an import spot after releasing forward Jonas Peterek on Friday.

Kelowna holds the 24th pick during the first round but will actually pick 20th. The Soo Greyhounds (10). Baie-Comeau Drakkar (11), Kingston Frontenacs (13) and Val-d’Or Foreurs (17) are have opted to pass on their picks.

Rockets president and general manager Bruce Hamilton said that he’s looking to go younger and has a few players in mind.

Pavel Novak is the Rockets other import player, he was selected 13th-overall during the 2019 Import Draft.

Novak excelled in his first season in the Okanagan scoring above a point-per-game pace with 25 goals and 33 assists through 55 contests to lead his squad in scoring and finish just four shy of the league-wide rookie scoring race. Eligible for the 2020 NHL Draft, the 18-year-old ranks among 85th among North American skaters per NHL Central Scouting.

The Rockets have drafted 36 import players since 1992. Here is a breakdown of those picks:

Each team in the CHL is permitted to dress and play a maximum of two import players each season who are selected annually through the CHL Import Draft process.

Last season a total of 81 players were selected from 14 different countries led by 17 players from the Czech Republic and consisting of 48 forwards, 27 defencemen, and six goaltenders.

You can see the draft order now and follow the results tomorrow by clicking here.