Rockets launch into win column with victory over Silvertips 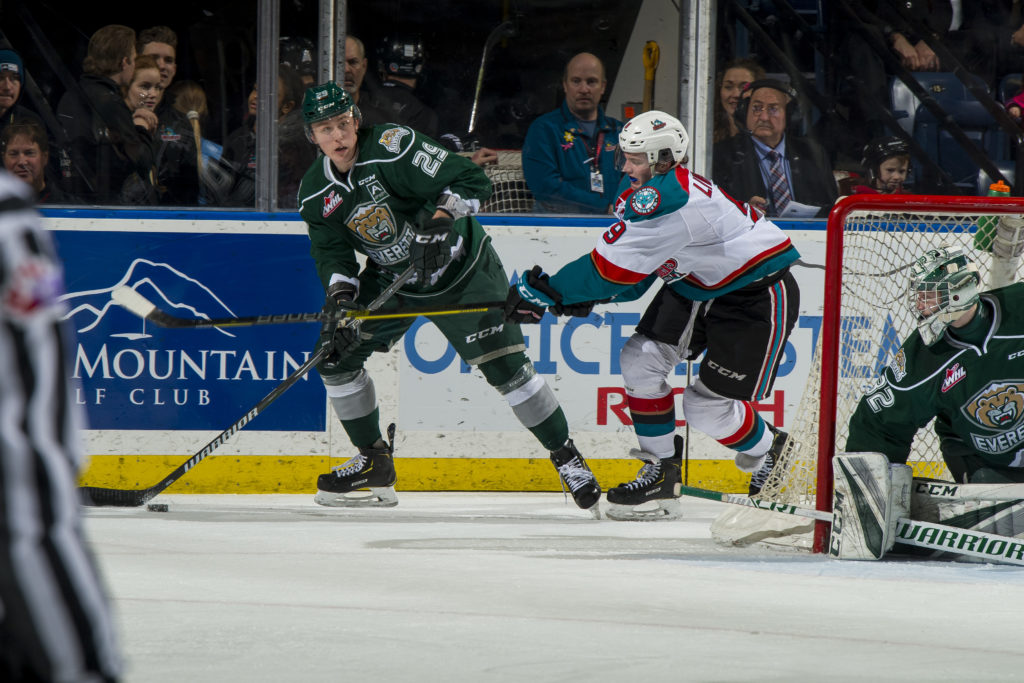 The Kelowna Rockets snapped their losing streak with a 2-0 victory over the western conference leading Everett Silvertips Friday night at The Angel of the Winds Arena in Everett, Wa.

Mark Liwiski and Dawson Butt dropped the gloves just 45 seconds into the opening frame. The two teams went back and forth, but neither could beat the opposing goaltender.

Michael Farren (2) opened the scoring with his first goal as a Rocket when he beat Silvertips starter Dustin Wolf at 3:07. Alex Swetlikoff picked up his first Western Hockey League point assisting on Mark Liwiski‘s (3) goal at 10:56 to extend the lead to two. The Rockets held a 2-0 lead through two periods.

The Silvertips came out pressing in the third outshooting the Rockets 13-2 in the final period, but the Rockets were able to hold them off to claim a 2-0 victory.

Your first star of the night is James Porter, he made 40 saves to pick up his first shutout of the season!
⭐️⭐️⭐️ Connor Dewar
⭐️⭐️ Michael Farren (@27Farren) GWG 🚨
⭐️ James Porter 🚫🚨 pic.twitter.com/IKBo5YHBn3

James Porter stopped all 40 shots fired on him to pick up his first shutout of the season. His record is now 6-9-2-1. The Silvertips outshot the Rockets 40-20.

Kelowna will face the league-leading Prince Albert Raiders tomorrow night at Prospera Place. The Rockets will honour Josh Gorges ahead of the game, the former captain retired from professional hockey this past Monday. Tickets are on sale at selectyourtickets.com, at the Prospera Place box office or by phone at 250-762-5050.