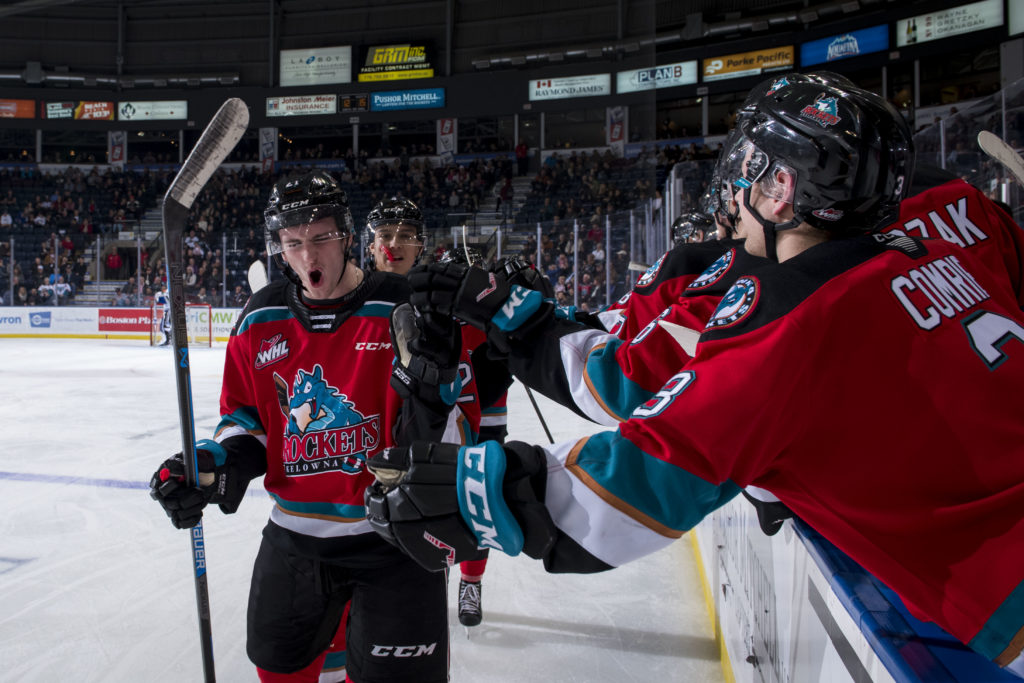 The Kelowna Rockets will be looking to bounce back tomorrow night when the Medicine Hat Tigers visit for their lone matchup during the regular season tomorrow night.

The Rockets two-game win streak was snapped by the Victoria Royals last night, the Royals downed the Rockets 6-3.

The Tigers also played on Wednesday night. Despite being down 2-0, Medicine Hat scored five straight goals to zip past the Prince George Cougars 5-4 at the CN Centre in Prince George, B.C.

Kelowna is tied with Kamloops for first in the B.C. Division with 20 points, the Rockets have a record of 9-5-1-1. The Vancouver Giants are hot on their heels, they trail by a single point. The Victoria Royals is in third place with 15, and Prince George sits in fourth with nine points.

The Medicine Hat Tigers are second in the Central Divison with a record of 11-5-1-0 and 23 points. They’re four points behind the Edmonton Oil Kings and Lethbridge Hurricanes, they sit atop of the standings with 27 points.

The Rockets were in the midst of their December road trip through the prairies when they visited the Medicine Hat Tigers last December, topping them 2-1. Leif Mattson scored both goals for the Rockets; he was credited with the games opening goal after the Tigers scored on their own net during a delayed penalty.

The Tigers score on their own net during a delayed penalty call.

It’s not too late to become a season seat holder! Take advantage of prorated pricing and receive an 8×10 photo signed by Tampa Bay Lightning first-round pick and Rockets captain Nolan Foote. Join the team today, contact Andrew Deans or Gavin Hamilton at the Kelowna Rockets Office at 250-860-7825 or fill out this form.