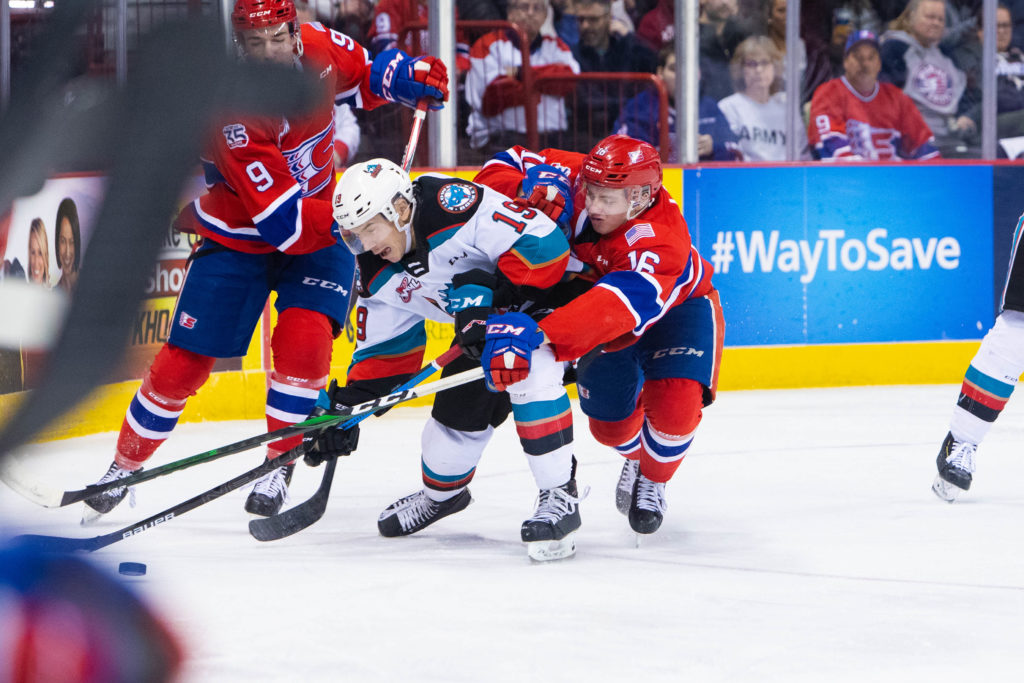 The Kelowna Rockets fell to the Spokane Chiefs 6-1 Saturday night at the Spokane Veterans Memorial Arena in Spokane, WA.

The Rockets were without Captain Nolan Foote, he served a one-game suspension for a check to the head last night against Medicine Hat.

Mark Liwiski (2) opened the scoring 5:19 into the game, putting the Rockets up 1-0.  Luke Toporowski (5) beat Rockets starter Cole Schwebius to tie up the game just before the midway point of the period.

Filip Král (8) gave the Chiefs their first lead of the night 40 seconds into the second period. It appeared as the Rockets had tied the game after the puck had entered the Spokane net, but Dallon Wilton made contact with the goaltender and it was waved off. Jack Finley (3) and Bobby Russell (3) scored nearly identical goals right in front of the Rockets net to extend the lead by three. The Rockets trailed 4-1 after 40 minutes of play.

Adam Beckman (8) and Bear Hughes (7) both scored for the Chiefs in the third period.

The Rockets will now face the Kamloops Blazers on the road at the Sandman Centre on Monday, November 11 at 2:00 pm.