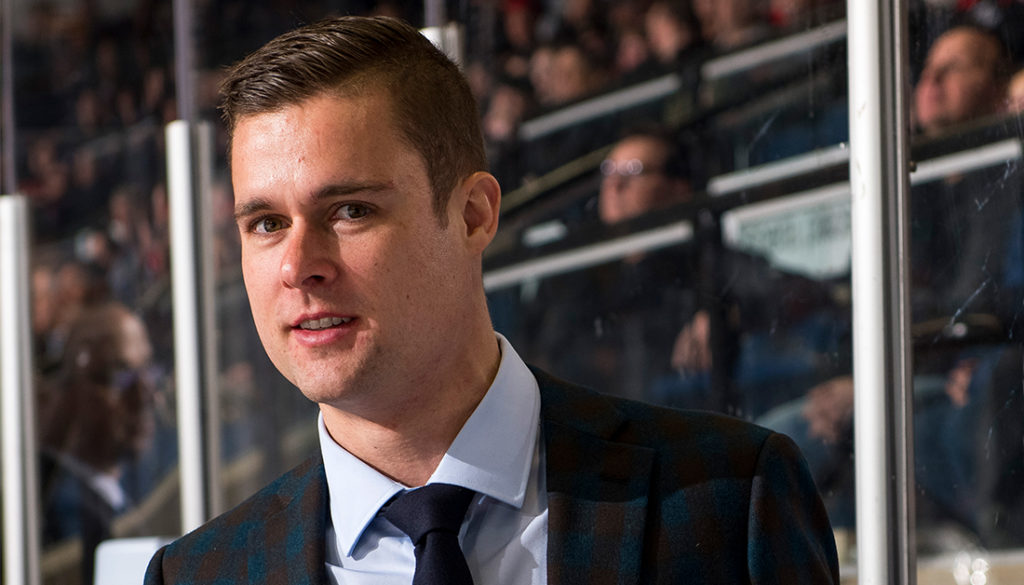 Kelowna Rockets Goaltender Coach Adam Brown is headed to the 2019 Hlinka Gretzky Cup as the Goaltending Consultant for Canada’s National Men’s Summer Under-18 team. The tournament is set for Aug. 5-10 in Breclav, Czech Republic and Piestany, Slovakia.

This is the third time that Brown has joined Hockey Canada in the role; he was the goaltending consultant for Team White at the 2018 World Under-17 Hockey Challenge and earlier this spring at the 2019 IIHF U18 World Championships.

The Hlinka Gretzky Cup features the best under-18 players from around the globe in a premier best-on-best international hockey tournament. Canada will face off against Slovakia in pre-tournament action on Saturday, Aug. 3 in Piestany before moving on to Breclav, where it opens the 2019 Hlinka Gretzky Cup against Finland on Monday, Aug. 5 at 9:30 a.m. ET/6:30 a.m. PT. All Team Canada tournament games will be broadcast by TSN and RDS; please check local listings for details.

In 2018, the tournament was rebranded as the Hlinka Gretzky Cup and co-hosted by Edmonton and Red Deer, Alta. Rockets defenceman Kaedan Korczak helped Canada capture gold on home ice, defeating Sweden 6-2 in the gold medal game.

Canada has won gold 22 times in 28 years of summer under-18 competition, along with two silver medals and one bronze.