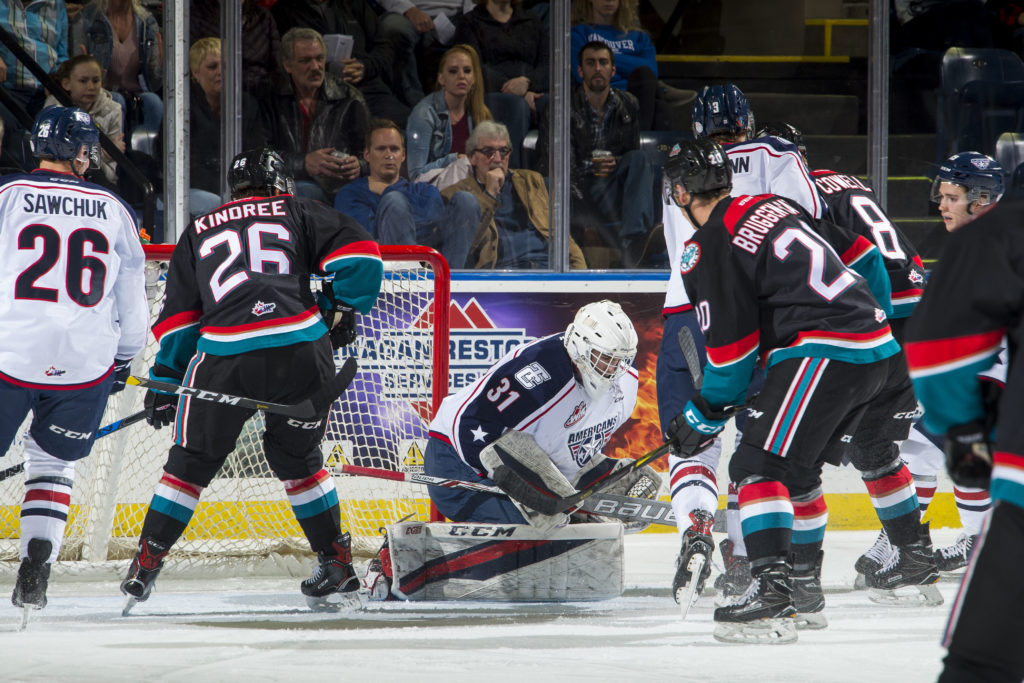 The Rockets last played on Saturday when they came back from a three-goal deficit to force overtime, but fell to the Saskatoon Blades 5-4. Winger Erik Gardiner says that the team needs to bring energy to start the game.

“We need to prepare a little bit better than we did for our last game,” said Gardiner. “We don’t want to have to come back like that again, down three or four goals. Hopefully, we can get it going from the start.”

Tomorrow nights game will be the fourth and final time this season that Kelowna will play the Tri-City Americans unless they meet in the playoffs. They previously met during a home and home series that the two teams split and last Friday. Kelowna skated away with a 3-2 victory on October 12th in Washington, while Tri-City took the next nights game 5-4. Last weekend the Rockets won in overtime when Leif Mattson scored on a big rebound.

Kelowna heads into the Wednesday matchup with a record of 12-15-2-0 and 26 points – they’re tied with Victoria for second in the B.C. Division. The Rockets are two points ahead of the fifth-place Kamloops Blazers and a point ahead of the fourth-place Prince George Cougars. Vancouver sits atop the B.C. Division with a 20-6-2-0 record and 42 points.

The Americans sit fourth in the U.S. Division with a record of 14-11-1-0 and 29 points. They’re seven points ahead of the fifth-place Seattle Thunderbirds, but trail third-place Spokane by three points and second place Portland by five points. The Everett Silvertips are in first with a 22-7-1-0 record and 45 points.

You can watch the game tomorrow with our Hat-Trick Wednesday deal! Enjoy the game with a pop and hot dog for only $19.99; tickets must be purchased before 2 pm on game day. Tickets are on sale at selectyourtickets.com, at the Prospera Place box office or by phone at 250-762-5050.

Season tickets are on sale now. Get them at a discounted rate today and you’ll have first right of refusal on 2020 Memorial Cup presented by KIA ticket packages.