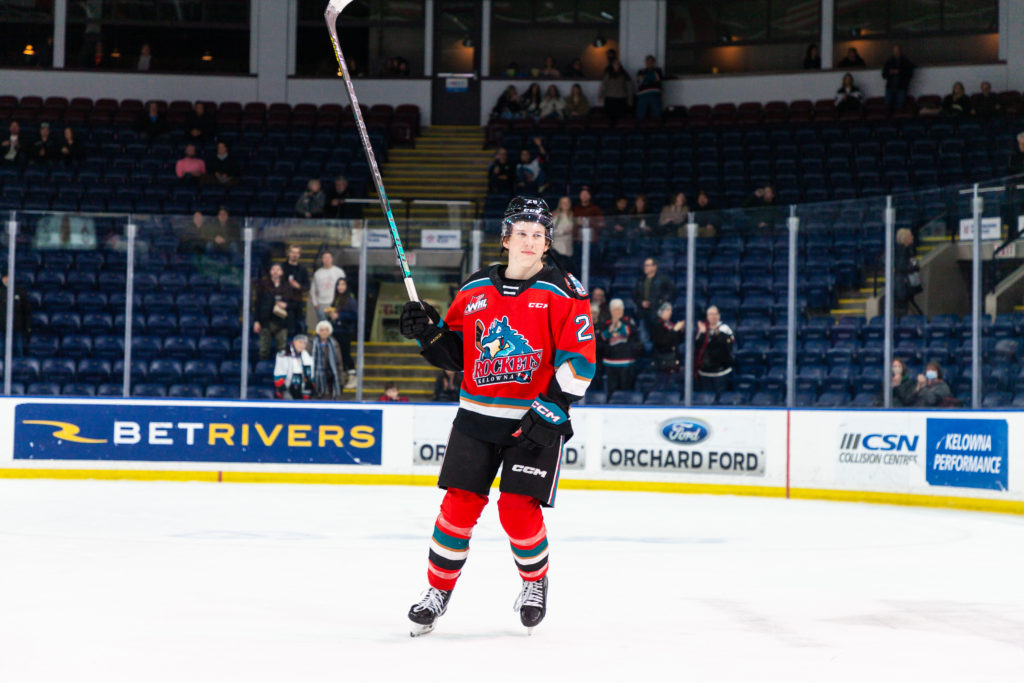 Kelowna Rockets assistant captain Andrew Cristall was given updated ‘A’ ratings on NHL Central Scouting’s Players to Watch list Monday, bringing the total number of projected first-round picks from the WHL to 10 ahead of next June’s 2023 NHL Draft.

Cristall leads Kelowna in scoring with 35 points (15G-20A) and along with Ziemmer is in a third-place tie among WHL scoring leaders.

The Rockets forward is currently riding a career-high eight-game point streak that has seen him record 22 points (8G 14A) over that span.

“Andrew has been an offensive catalyst in Kelowna this year. He’s very gifted offensively, good on the power play, has great vision and knows how to score,” John Williams of NHL Central Scouting told NHL.com Monday.

The 2023 NHL Draft is slated for June 28-29 at Bridgestone Arena in Nashville.

Your next chance to see Cristall and the Rockets on home ice is  Saturday, November 26th when they’ll face the 2022 Canadian Hockey League Rookie of the Year Brayden Yager and the Moose Jaw Warriors.