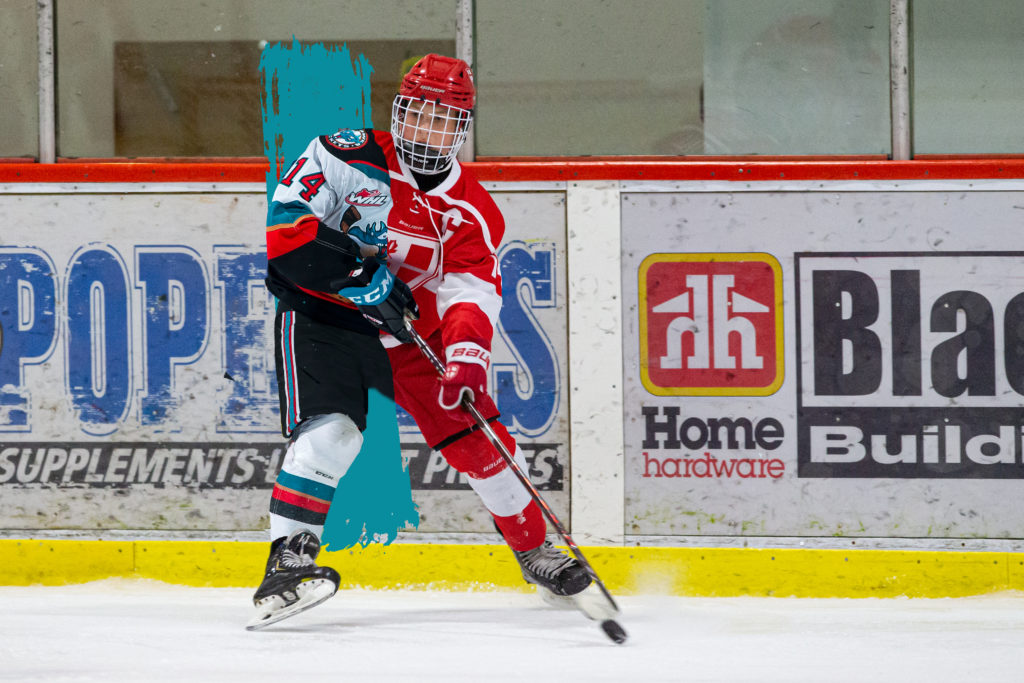 On Wednesday morning members of the Kelowna Rockets hockey ops team gathered into a boardroom for the 2020 WHL Bantam Draft.

This draft was abnormal for a number of reasons, typically held in Red Deer with all of the teams in attendance, it took place online. It was also Lorne Frey’s final draft as the Kelowna Rockets assistant general manager and director of player personnel, every draft in franchise history has taken place with Frey at the helm.

The Rockets held the eighth overall pick in what was considered one of the deepest drafts in recent years, their third first-round pick in the last six years. Kelowna selected Trevor Wong 18th overall in 2018 and traded up to choose Kaedan Korczak 11th overall in 2016.

Heading into the draft, Frey said that the team would be targeting a forward with offensive power. When it came time to pick, the Rockets did just as Frey hinted they might, they took 15-year-old winger Andrew Cristall.

“We think Andrew is a very good hockey player, he’s highly skilled with a tremendous hockey IQ,” said Frey following the draft. “He controls the game and sets the tempo of it, and he makes players better around him.”

Cristall echoed Frey’s analysis when asked what kind of player he thinks he is.

“I’m a high IQ player with vision and hands who can make plays in the offensive zone from nothing,” said Cristall. “I have a really high compete level and will do whatever it takes to get the win.”

"I'm a high IQ player with vision and hands who can make plays in the offensive zone from nothing." – Andrew Cristall pic.twitter.com/CQknyTNxx7

For Cristall, being drafted by the Rockets is a dream come true. He’s familiar with the area, he often spends time in here in the summer as he has family in the area and his brother, Tyler, plays in the Kelowna area.

“It was very exciting, it was such a great moment. My family and I put the WHL show up on our TV in our living room and started watching it. When my name was called we jumped up and started hugging each other and screaming.

“The Kelowna Rockets are one of the best organizations in the CHL, they have great fans and a great atmosphere. Their ability to develop players into NHL players, that’s my goal to become an NHL player. I’m so excited to be a part of the Rockets.”

Cristall said that as his season progressed he believes that his draft stock continued to rise.

“I think I was kind of in the range of maybe the top two rounds when the season started. I thought throughout the season that I kept improving my draft stock, especially at the John Reid Memorial Tournament in St. Albert, where I played well. Coming into the draft, I thought that maybe I was going to be in the first round.”

He lead all players in scoring at the John Reid, a tournament attended by Frey and other Rockets scouts, with 15 points (8G, 7A) in 6 games.

Cristall lead his team in scoring with 80 points, 39 more points than the next leading scorer on his him. He’s quick to say that he wouldn’t have been able to do what did this year without his teammates and that he enjoys high-pressure situations.

So honored and excited to be picked by such a prestigious organization @Kelowna_Rockets looking forward to the future! https://t.co/2CgdR94ZyK

“It was a really exciting year, it was really fun. I couldn’t have put up the points that I did without my coaches and teammates. I liked it better when I had to produce and the pressure was on me to get the next goal to tie the game or win it.”

He will be returning to St. George’s next year to play with their midget prep team. He says that attending their academy and playing in the Canadian Sport School Hockey League has benefited his development.

“Having the ability to go on the ice everyday and workout to develop your game and be ready for the weekend is definitely a big help to get stronger and bigger for the next step.”

Trevor Wong, the Rockets 18th overall pick in the 2018 WHL Draft, also attended St. George’s. The two have known each other for some time.

“I’ve known Trevor for a while, he reached out to me after the draft. It’s really exciting that we’re going to have the chance to be on the same team.”

Cristall is now preparing to attend his first Rockets rookie camp while also enjoying the time he has around his family.

“I’ve been rollerblading a lot right now. I’m shooting pucks and working out, but I’m also hanging out with my family at home and enjoying the time with them.”