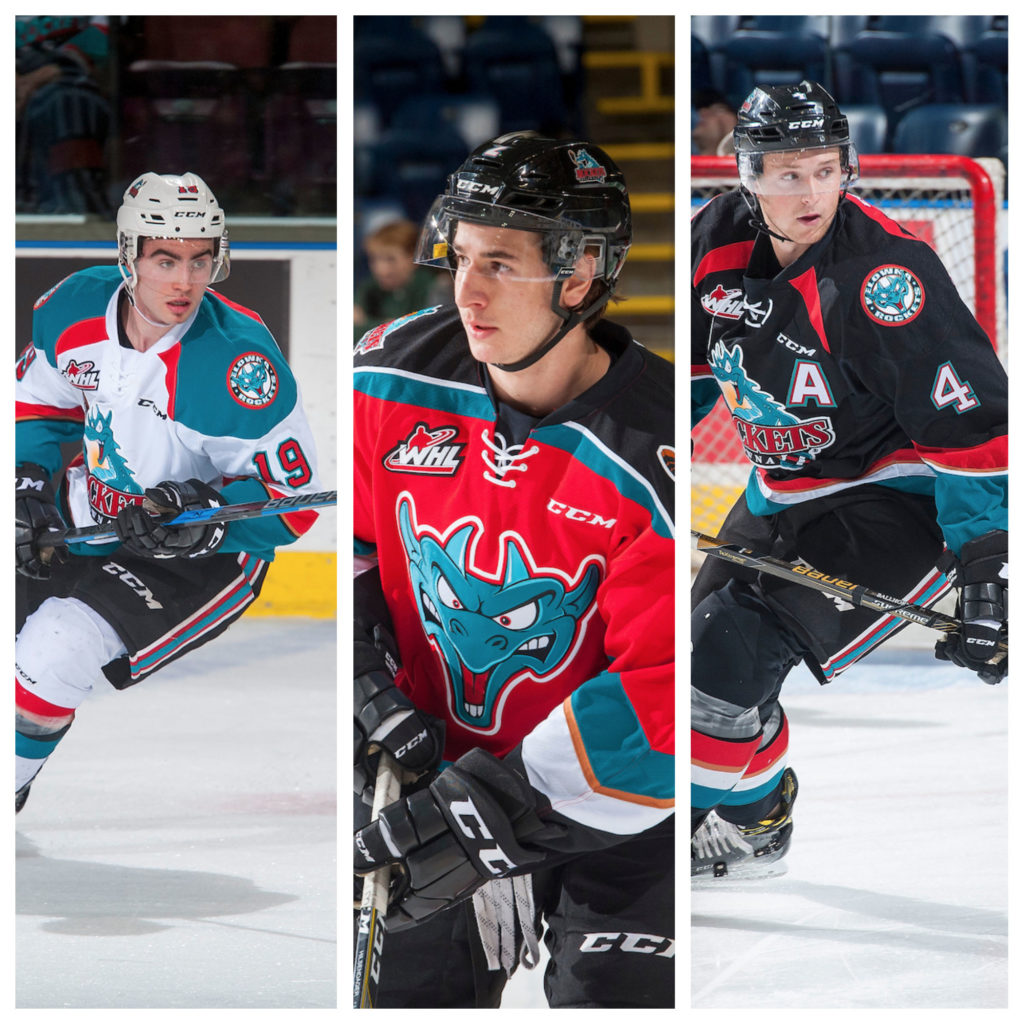 Following the announcement of Cal Foote as the new Captain of the Kelowna Rockets, the club announced three Alternate Captains.

Gordie Ballhorn, Dillon Dube, and James Hilsendager will all wear an “A” on their jersey this season.

Ballhorn is entering his third season with Kelowna. He served as an Alternate Captain last season with the Rockets as well.

Hilsendager is entering his second season with Kelowna, but his fourth in the WHL.

Dube is entering his fourth season with the Rockets.

This evening will be the first opportunity to see the new crop of leaders in action. The Rockets open up the 2017-18 regular season tonight at 7:05pm against the Kamloops Blazers at home at Prospera Place.