Basran named to Vaughn CHL Team of the Week 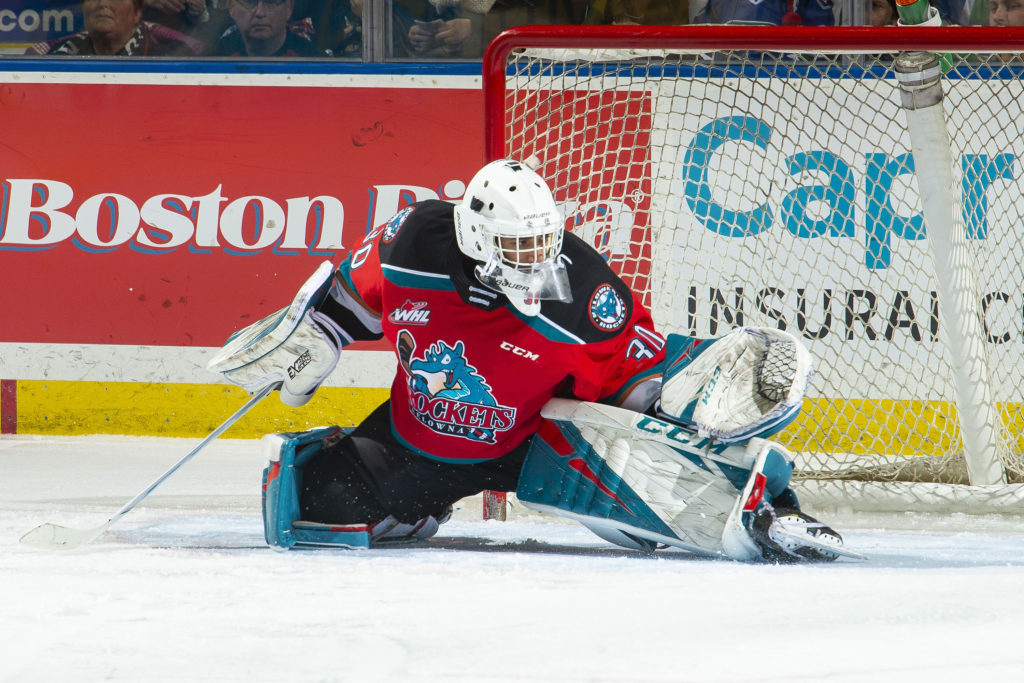 Toronto, Ont. – The Canadian Hockey League today announced the 11th edition of the Vaughn CHL Team of the Week for the 2019-20 season based on individual performances from Monday, November 25 to Sunday, December 1.

Leading the forward ranks is Ottawa 67’s centre and 2020 NHL Draft hopeful Marco Rossi who wrapped up the week with 11 points counting six goals and five assists across a trio of appearances. Rossi’s top showing came in a season-high six-point night against the Kingston Frontenacs on Wednesday in which he finished with his first career hat-trick plus three assists en route to an 11-6 victory that saw him claim second-star recognition. For his efforts, Rossi was named the OHL ‘On the Run’ Player of the Week.

Joining Rossi up front is his 67’s teammate in left-wing Austen Keating who also finished the week with 11 points after notching four goals and seven assists in three appearances. Alongside Rossi, Keating shined against the Frontenacs as he lit the lamp three times to record his fourth career hat-trick before adding four assists to finish with seven points on the night, helping him claim recognition as the game’s first star.

Rounding out the forward ranks is Brandon Wheat Kings left-wing Cole Reinhardt, who impressed over a pair of appearances this week in registering eight points (4G-4A). Reinhardt’s best billing came against the rival Winnipeg ICE on Friday as he finished with a season-high five points that included his second career hat-trick alongside two assists as he guided his club to a 7-4 decision in which he was recognized with first-star honours. For his efforts, Reinhardt also earned WHL On the Run Player of the Week recognition.

The back end is led by another member of the 67’s in rearguard Noel Hoefenmayer who across three appearances this week collected three goals and three assists for six points. Against the Frontenacs on Wednesday, the budding blue-liner tied a season-high as he finished with one goal and three assists for four points in an 11-6 victory that earned him third-star recognition. In all, Hoefenmayer’s performance helped him earn a spot on the Vaughn CHL Team of the Week for the third team this season.

Rounding out the defensive end is Chicoutimi Sagueneens blue-liner and San Jose Sharks prospect Artemi Kniazev whose week included one goal and five assists across a trio of contests. Against the defending Memorial Cup champion Rouyn-Noranda Huskies on Saturday, Kniazev shined as he put up a season-high three-point performance in tallying one goal and two assists en route to a 7-3 victory.

Between the pipes, Kelowna Rockets netminder Roman Basran was superb across two showings and 125 minutes of action as turned aside a combined 46 shots to finish the week unbeaten in regulation with a 1-0-0-1 showing. Basran’s top performance came against the Edmonton Oil Kings on Tuesday where despite a 1-0 shootout loss he recorded 27 saves to earn second-star honours and his fourth career shutout. In all, Basran wrapped up the week with a minuscule 0.96 goals-against average and a dominant .958 save percentage. For his efforts, Basran was recognized as the WHL Eli Wilson Goaltending Goaltender of the Week. 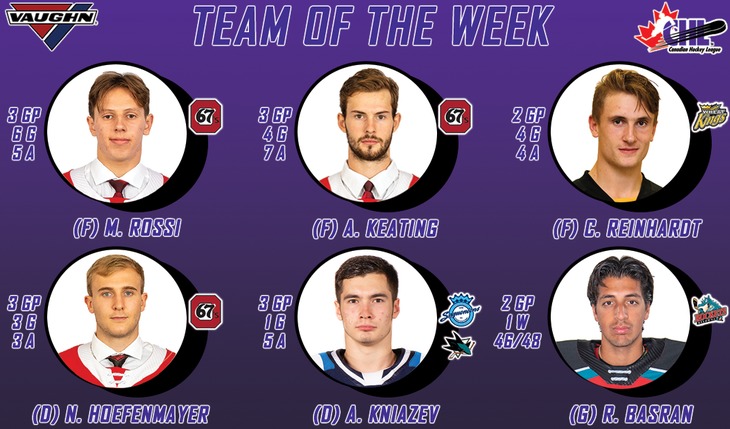