Dallon Wilton: Behind The Nickname 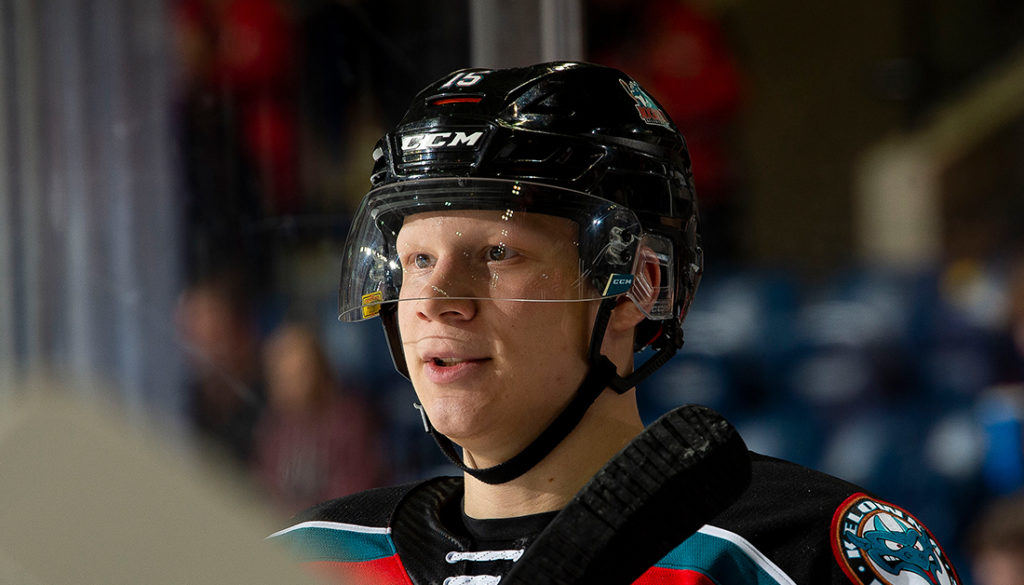 Scroll through the Kelowna Rockets social media feeds and you’ll often find that our social term refers to players by nicknames, but have you ever wondered how those nicknames were given to players?

Sometimes it’s blatantly obvious that it’s their general nickname, Kaedan Korczak is Korzy and Alex Swetlikoff is Swetty. Other times when a player is traded to us they already have a well-established nickname that we continue with it, Dillon Hamaliuk is hammer.

But sometimes, our social media team creates the nickname for the player. Nolan Foote was dubbed Goalin’ Nolan because he’s a sniper and Roman Basran was given the nickname of The Mayor because he shares the same last name as Kelowna Mayor Colin Basran (no, they’re not related).

The one question that we’re often asked is why do we refer to forward Dallon Wilton as The Bald Eagle, this was another one that was given by the social team. If you’ve met Dallon in person, one of the first things you’ll notice him is that he’s bald. The 18-year-old is unable to grow hair due to a condition called alopecia areata.

Alopecia areata is a condition that develops when the immune system attacks the hair follicles, causing hair loss or the inability to grow hair. There are different types of alopecia; sometimes it’s just patches or a receding hairline, in rarer cases like Wilton’s it results in total hair loss.

Earlier this season, Wilton gave the green light to the communications team to use the term The Bald Eagle on social media to refer to him.

“I’ve had alopecia since I was a kid,” said Wilton. “I can’t grow hair, but I like how I am though.”

The Rockets selected the Beausejour, MB product during the third round (No. 47) at the 2016 WHL Bantam Draft, Wilton remembers the day like it was yesterday.

“I was at home and didn’t go to school that day. My friends and I watched WHL Draft tracker online, and when it was time for Kelowna to pick it was really delayed in updating. I joked oh watch them pick me, and then my name actually did pop up. I was really excited because I knew they were a great team and this was a good place to land.”

As a 16-year-old, he had the chance to play in two regular-season contests and a trio of playoff games for the Rockets during the 2017-2018 season. He says that the experience helped him prepare for coming in as a full-time western hockey league player the following season.

“Playing those games and being around for the playoffs showed me what to expect coming into my rookie season last year. Last season I had a lot of learning to do, but I had lots of opportunities to play and grow.”

Speaking of growing, the winger has almost fully grown into his 6’2, 218-pound frame. He says that has really helped him find his game this season in a league that’s full of bigger players.

“I’ve gotten more into the physical game now, I think that’s what I need to do to be successful out there. I like using my body and being aggressive. Using my size helps me with getting pucks in deep, hitting guys and getting to the net.”

Wilton and the Rockets will be back in action this weekend when they head down to the United States for a three-game road trip. Kelowna will face Everett Silvertips on Friday night before moving on to play back-to-back games against the Portland Winterhawks.

Statement from the Canadian Hockey League
7 days ago