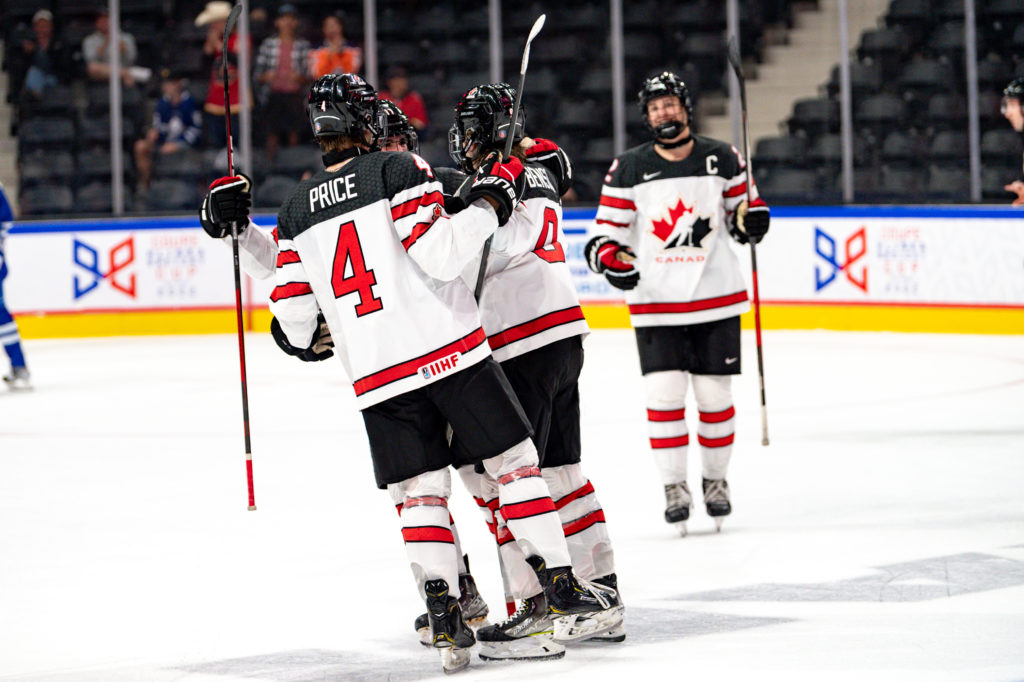 Canada’s entry at the 2022 Hlinka Gretzky Cup won its second game in as many tries Tuesday with a 9-1 triumph over Slovakia.

The Canadians held a 29-9 edge in shots on goal through one period, then added four goals on 17 shots in period two to hold a 6-0 advantage through 40 minutes thanks in part to goals from Yager, Heidt and Regina Pats forward Tanner Howe.

Heidt added a seventh goal for the Canadians 4:09 into the third period before Saskatoon Blades defenceman Tanner Molendyk rounded out his side’s offence just over five minutes later with his first goal of the tournament.

Yager finished with four points on the night, while Molendyk and Benson each registered a goal and two assists.

“I thought as a group, we played well. Credit to my linemates, they were putting pucks in good places and if I get the chance I’m going to shoot. Luckily tonight, they dropped for me,” Yager noted following the game.

Goaltender Carson Bjarnason, who plies his trade with the Brandon Wheat Kings, made 19 saves in goal for Canada.

“I thought Slovakia had some push back early and that was good for us. I’m proud of the guys, we stood our ground and we had to work. This was a good test; we need to make sure we are sharp heading into the game vs Sweden,” the product of Carberry, Man. said.

The final shot tally was 65-20 in Canada’s favour.

The Canadian squad, who are guaranteed a berth in Friday’s semi-final round, will close out round-robin play versus Sweden Wednesday night (7:00 p.m. MT, Peavey Mart Centrium).