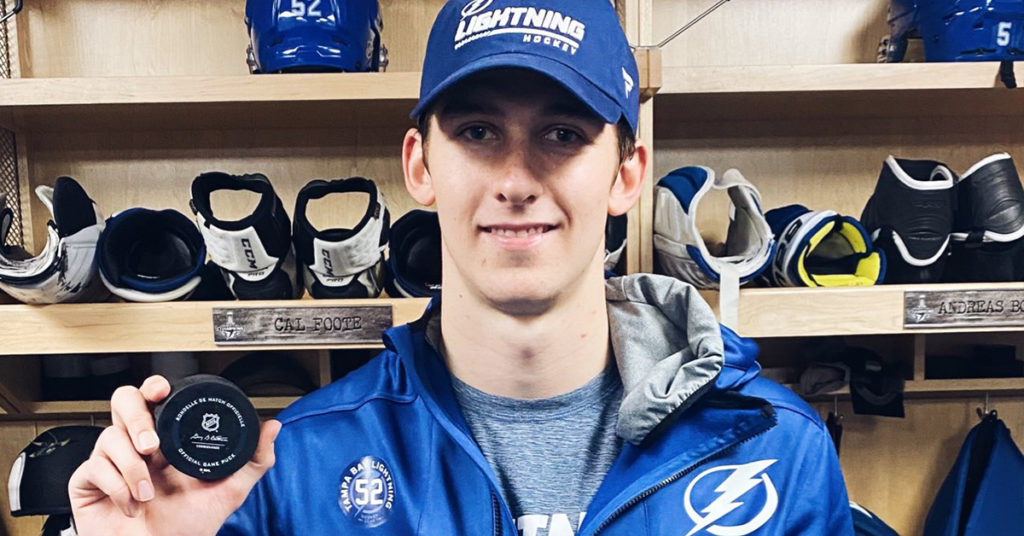 Paired with veteran blueliner Ryan McDonagh, Foote was +2 on the night in 10:59 of ice time.

Foote, 22, spent three full seasons patrolling the blueline for the Rockets between 2015 and 2018.

The Englewood, CO product was drafted 14th overall by the Lightning at the 2017 NHL Draft, he spent the last two seasons with Tampa’s AHL affiliate.