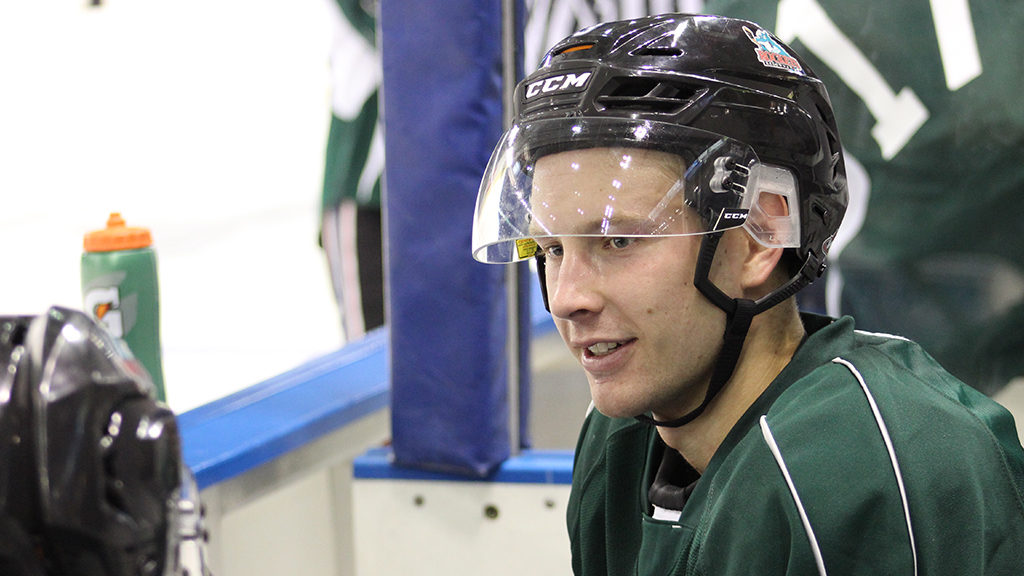 Kelowna Rockets defenceman Sean Comrie has been released from his amateur try out with the Philadelphia Flyers and will return to the Rockets.

The 6’1, 170 pound Edmonton product was invited by the Flyers as a free agent to attend their rookie camp as a free agent. He scored a goal in the Flyers game against the New York Islanders rookies and advanced to their main camp.

He played for the University of Denver this last season where he had an assist in 18 games with the Pioneers.

Kelowna will wear pink jerseys that feature a special ten-year shoulder patch, they will be up for auction with the money raised going to the CIBC Run for the Cure. Pink glow wristbands will be handed out to fans in attendance and are also encouraged to wear pink to the game. Prizes will be up for grabs for people sporting pink. Tickets are on sale at selectyourtickets.com, at the Prospera Place box office or by phone at 250-762-5050.