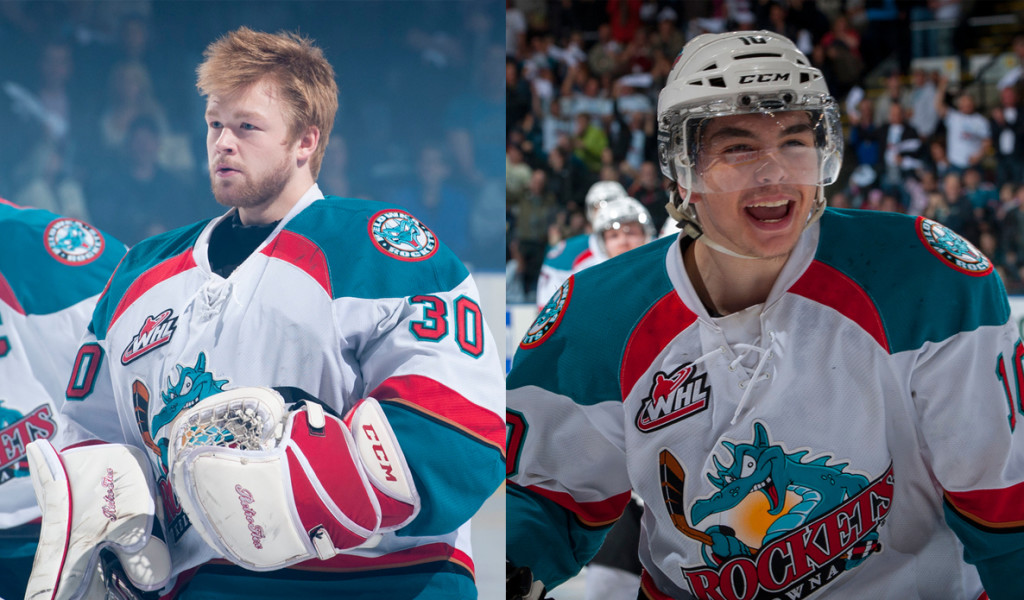 Two members of the Kelowna Rockets were honoured as the best in the Western Hockey League at the WHL’s annual awards luncheon on Wednesday in Calgary.

Goaltender Jordon Cooke was named the WHL’s top goalie while rookie Nick Merkley was named the league’s top rookie at the awards luncheon.

Cooke had a 2.28 goals against average and a .922 save percentage in 51 regular season games.

“It’s a tremendous honour and I’d like to thank my team,” said Cooke, 20, at the awards ceremony. “Game in and game out they did everything for me. It was so amazing. It was lots of fun and I’m going to cherish the memories.”

As for Merkley, the 16-year-old was spectacular in his first season, posting 25 goals, 33 assists and 58 points in 66 regular season games before finishing second to defenceman Damon Severson playoff scoring with four goals and 13 assists in 14 games.

“I’d just like to say thanks to my coach Ryan Huska,” said Merkley. “He helped me a lot. And coming in (in the 2013 playoffs) as a 15-year-old and getting in the playoffs, I think that was good for me.”

Statement from the Canadian Hockey League
2 weeks ago