Dillon Hamaliuk ready to launch with the Rockets 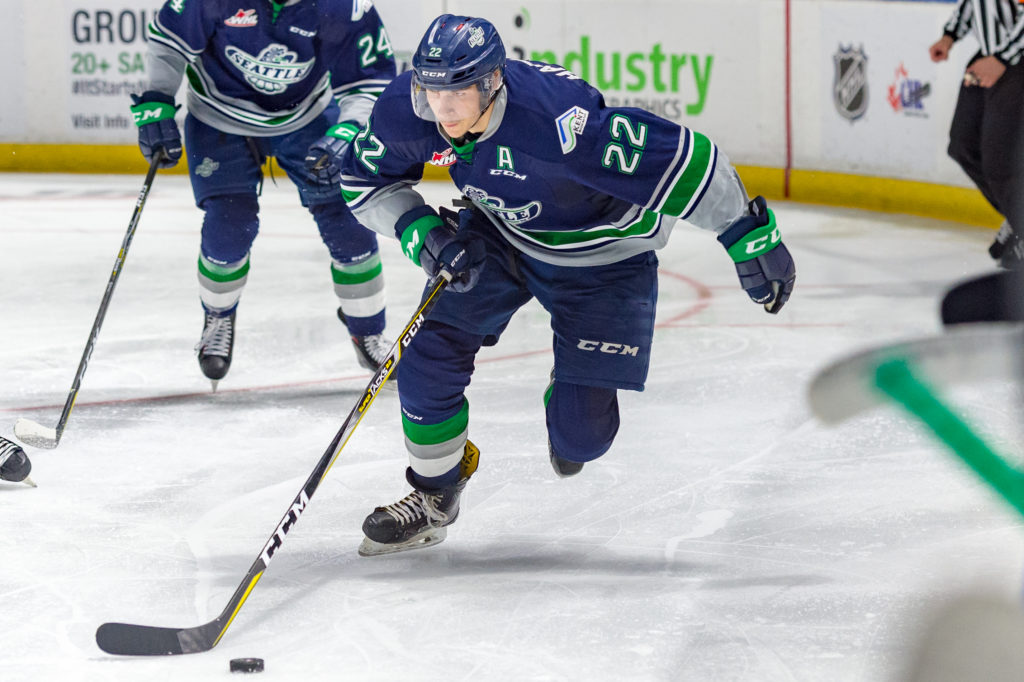 Kelowna Rockets forward Dillon Hamaliuk has been itching to get back in the game since December 29, 2018. The 18-year-old was forced to leave the Seattle Thunderbirds game against the Portland Winterhawks with a lower body injury that would end his season. While he hasn’t been able to play, things haven’t slowed down over the last five and a half months.

Before the injury he was on NHL Central Scoutings radar. After a strong start to the campaign, he was rated as a ‘B’ prospect on the November Players To Watch List, indicating he could be a potential a second or third round NHL draft candidate.

In 31 games this season the former sixth-round WHL Bantam pick had 26 points (15g-26A). He credits his spike in his scoring with training hard having a higher confidence.

“Everything starts in the summer, having a skating coach this past year really helped me,” said Hamaliuk. “I came into the season with a lot of confidence, the game came a little easier to me. Once I started scoring more my confidence continued to grow.”

The Leduc, Alta. product was rewarded for his efforts with a spot on Team WHL’s roster for Game 2 of the 2018 CIBC Canada Russia Series, back in November in Langley, B.C.

Then came the injury. It didn’t deter Central Scouting from keeping him on their midterm rankings, he was given a limited viewing rank.

The 6-foot-3, 195-pound left winger watched the Thunderbirds season come to an end during the first round of the 2019 WHL Playoffs, Seattle fell to the eventual western conference champion Vancouver Giants four games to two.

While transitioning into offseason mode he was shocked to learn that the Rockets had acquired him alongside two other teammates in a draft day blockbuster trade.

Related Links
Rockets Make A Splash At The Draft

“I wasn’t really expecting to be traded. My first thought after being told was they’re hosting the Memorial Cup, so this is going to be awesome. I’m happy to have been traded to Kelowna, I can’t wait for next season.”

He didn’t make Central Scoutings final rankings, but he was still invited to participate in NHL’s Scouting Combine earlier this month in Buffalo, NY. The week-long combine allowed all 31 NHL teams to evaluate the top prospects ahead of the 2019 Draft. Hamaliuk only participated in the interview and medical portion as he continued to recover. Along with meeting with prospective teams, he was also introduced to a couple of his new teammates.

“I didn’t get to do the fitness testing, but I got to talk to quite a few teams. I felt that the meetings went well and I’m excited for the draft. I also got to meet Kaedan Korczak and Nolan Foote and talk to them about what’s to come.”

Hamaliuk has been working hard during his recovery, he’ll be ready to go in time for Rockets training camp in August. He gave kelownarockets.com a self-scouting report for fans.

“Fans can expect a big power forward. I love hitting guys and I love to score goals, those are a couple of things that they can expect.”

For now, Hamaliuk is looking forward to the draft in a couple weeks at Rogers Arena in Vancouver on June 21-22.