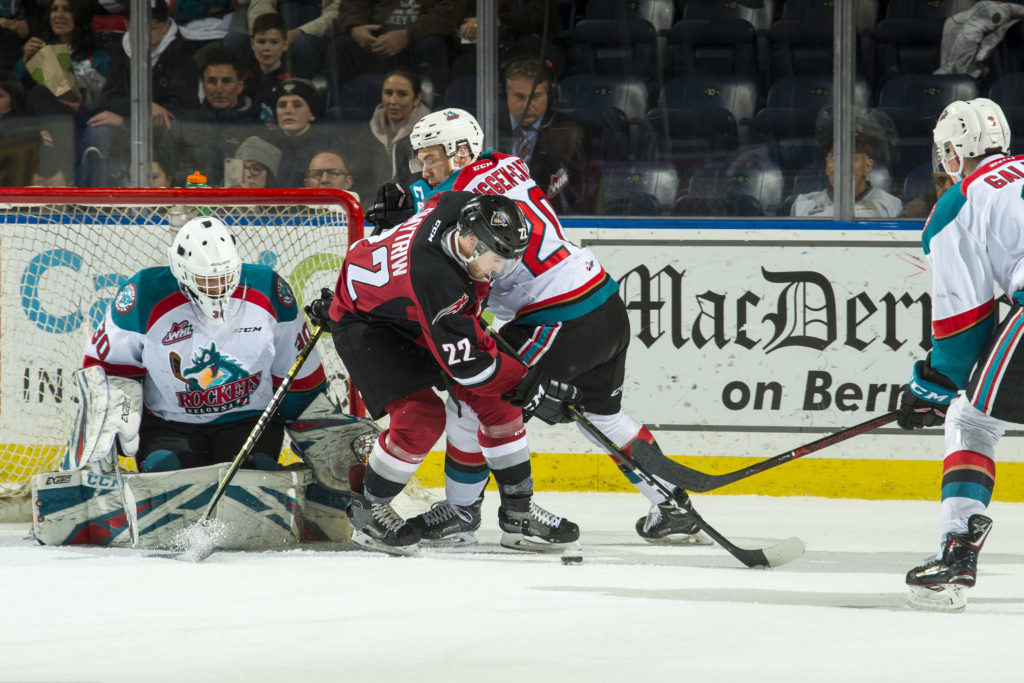 The Kelowna Rockets were downed by the Vancouver Giants 2-1 Saturday night at Prospera Place.

Vancouver’s Dallas Hines (6) scored the lone goal of the first period when he fired a shot into traffic that beat Rockets starter, Roman Basran.

Nolan Foote (25) tied up the game 15 seconds into the second period when he pounced on puck floating in front of Giants goaltender Trent Miner. The two teams went into the second intermission tied 1-1.

While on the power play, Giant Bowen Byram (17) scored the game-winning goal 14:00 into the third period.

The Rockets will face the Giants again tomorrow in Langley at 4:00 pm.

Kelowna will return home to host the Seattle Thunderbirds for Hat Trick Wednesday on this week on January 30th.  Tickets are on sale at selectyourtickets.com, at the Prospera Place box office or by phone at 250-762-5050.