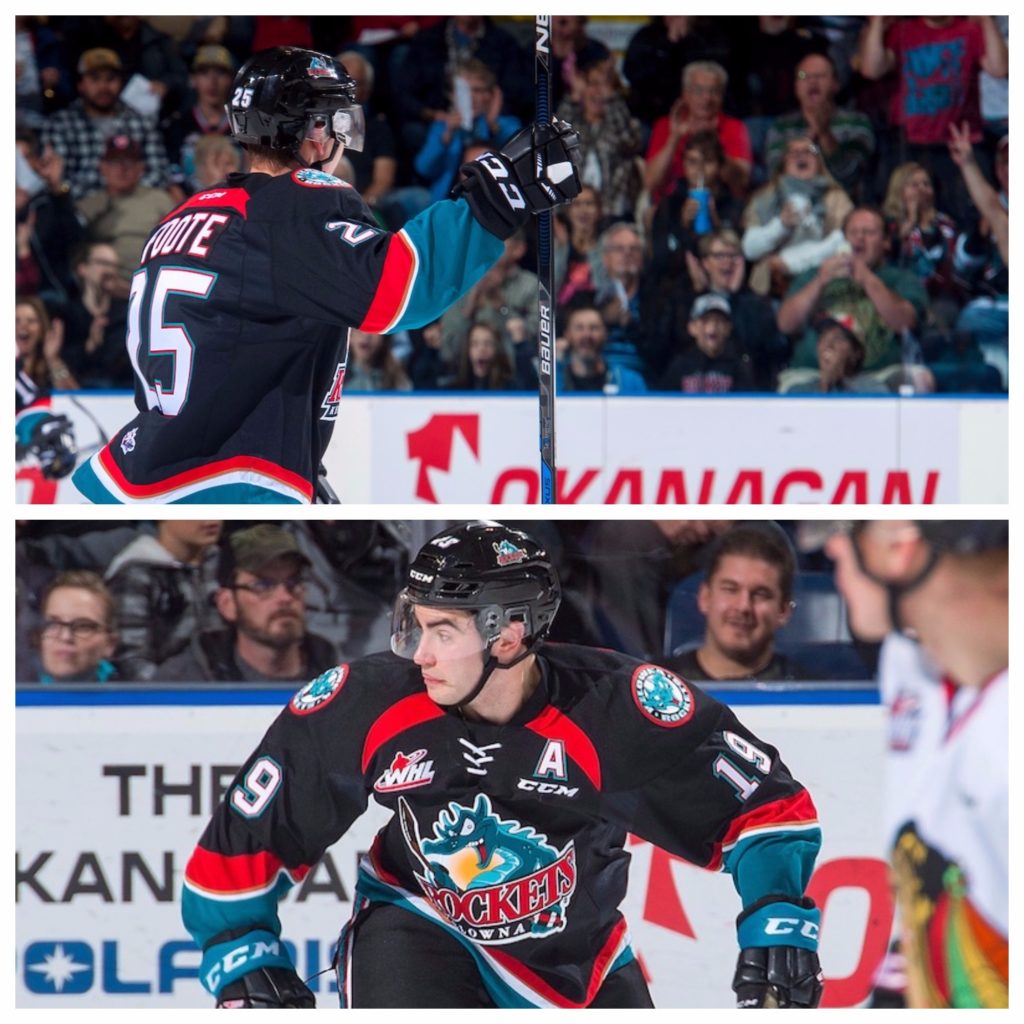 Dube and Foote become the 16th and 17th players in Kelowna Rockets history to wear the maple leaf in the World Junior Championship.

Previous Rockets representatives for Team Canada at the WJHC:

Dube will become the first player in Kelowna Rockets history to take part in back to back World Junior’s with Team Canada, having competed last year, recording three assists in seven games.

Foote will make his first appearance for Team Canada in the World Junior’s.

A full roster can be found here.