Fiddler’s first season with Rockets was a learning experience 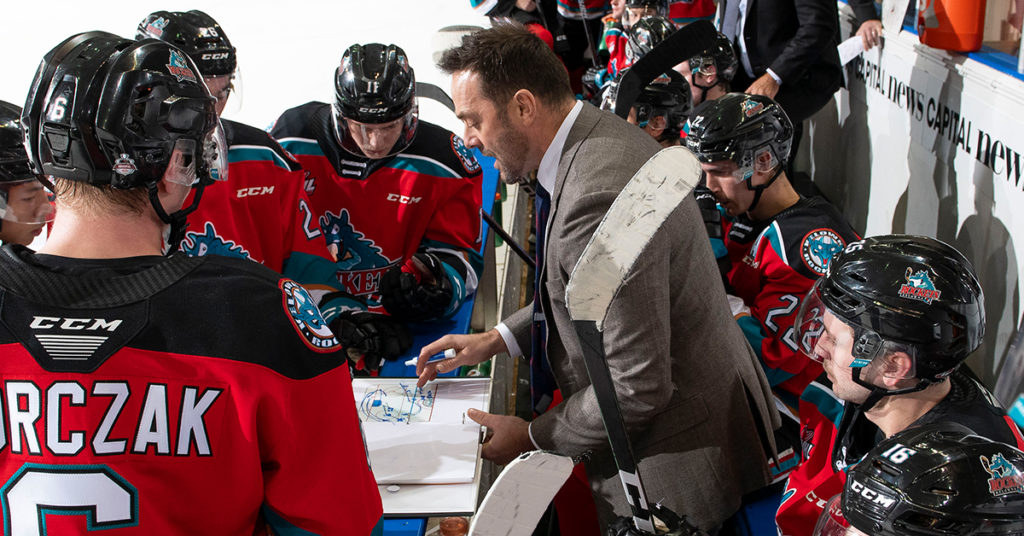 Kelowna Rockets Assistant Coach Vernon Fiddler says that while he was busy coaching players, he describes his first full season behind the Rockets bench as a learning experience.

A veteran of over 800 NHL games, Fiddler retired after the 2016-17 season and transitioned into an organizational coach with the Dallas Stars. There he assisted with skills and development coaching with Dallas and their AHL affiliate the Texas Stars.

“The challenge is, as a player you try to get better every single day. It’s a lot of the same mentality when it comes to coaching,” said Fiddler about his career change. “You have to get better and better every day, you need to be a sponge and always be learning and listening.”

Last summer Fiddler made the choice to return to his former junior team, joining the Rockets last July as an assistant coach, he was tasked with running the forwards and power-play units.

“It was definitely a learning experience in my first season here in Kelowna. I came here to get experience on the bench and gain some more experience doing the everyday coaching thing, it’s something I hadn’t done before.”

Fiddler went from working with NHL and AHL pros in Texas to coaching WHL aged players who are sometimes as young as 15.

“It was a lot of trying to figure out what their boundaries were and where I could go with them, not only teach them things but also make sure they could succeed instead of fail.  Doing that, I think it will make them better players in the long run.”

One of the more unique moments for Fiddler in his first season was coaching against his nephew, Riley Fiddler-Schultz, when the Calgary Hitmen paid a visit to Prospera Place on Family Day.

Proud of you Riley !! Keep working your ass off . https://t.co/kueqP4HP3P

When it comes to coaching style, Fiddler says that he’s taken away things from two of him former coaches in the NHL and is now adapting them to the way he coaches.

“I loved the way Barry Trotz and Dave Tippet coached when I played. They were both very similar, very prepared coaches who were great communicators. They both knew there were going to be mistakes made in the game and didn’t hold grudges against players if they did make one. The mentality was if you make one mistake don’t make two, as a coach that’s how I am. There’s going to be mistakes made in the game, but good things that can come out of them that you learn from that make you better.

“You have to let the kids play, you can’t always be harping on them about them making mistakes. You have to help them so they don’t make that same mistake, you want them to play as much as they can without being in their ear every after every shift.”

One question everyone seems to have for NHL guys who come back to coach in the junior ranks is about riding the bus again. Fiddler says that he utilized the time on the road to his advantage.

“I didn’t mind riding the bus again, I get a lot of my computer work done on the bus. Bruce got us pretty comfortable chairs, so we’re pretty spoiled. I took advantage of the six-hour trips to get ahead and be prepared for upcoming games.”

With the start date of the 2020-2021 WHL season pushed back to December, Fiddler has been busy spending time with his family and helping coach Rockets Power Edge Pro camps. He says he can’t wait to get back out on the ice with the team.

“At the end of the day, I learned a lot in my first season, which is what I came here to do. I’m looking forward to learning even more once we get started again.”