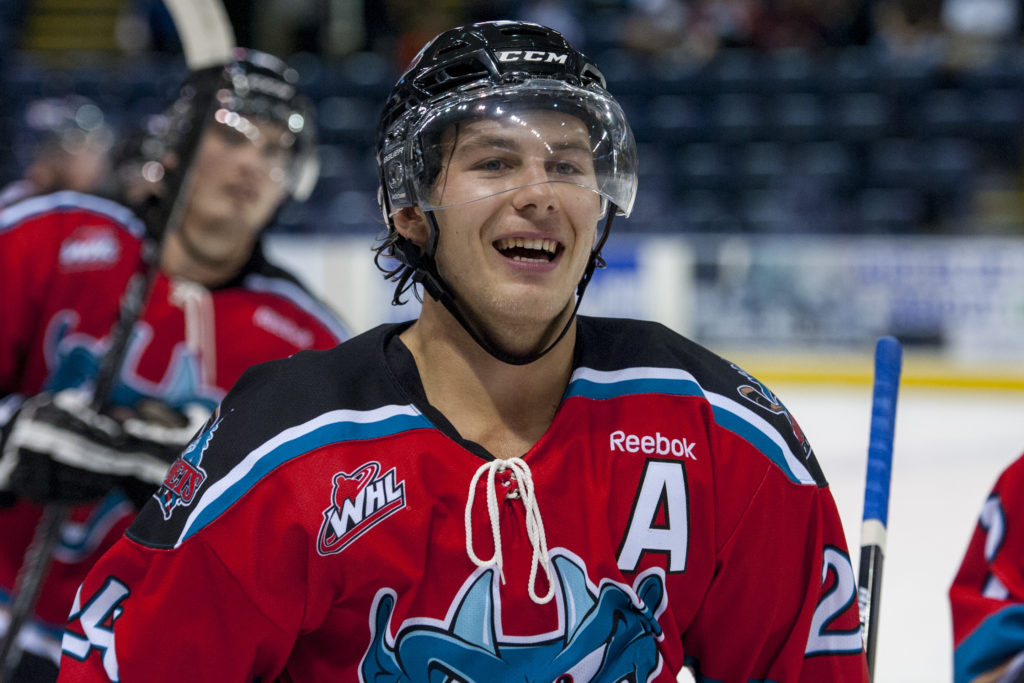 Five Kelowna Rockets alumni will compete for U SPORTS supremacy at the 2019 Cavendish Farms University Cup in Lethbridge, Alta., scheduled for March 14 to 17.

The Rockets are represented with graduate players on four of the eight competing teams at the annual tournament. Tyson Baillie and Cole Linaker will suit up for the University of Alberta, Gordie Ballhorn will patrol the blueline for the Saskatchewan Huskies, Joe Gatenby will defend the New Brunswick Varsity Reds and Mitch Wheaton will be on the back end for the Francis Xavier X-Men.

All five players were members of the Rockets 2015 WHL Championship team.

Linaker was also drafted by the Rockets at the 2010 WHL Bantam Draft, the centreman was taken in the 6th round (113th overall). He played his entire major junior career with the Rockets, dressing in 253 games and picking up 120 points (45G, 75A).

Ballhorn suited up in 175 WHL regular-season games, all for the Rockets, recording 11 goals and 49 assists for 60 points with 181 penalty minutes and a career plus-71 rating. He was recently named to the Canada West All-Rookie Team.

Gatenby, a Kelowna product, was drafted by his hometown team in the second round (34th overall) at the 2010 WHL Bantam Draft. The defenceman played in 174 games with the Rockets over three seasons, he had 44 points (5G, 39A).

The University Cup serves as the U SPORTS national championship for men’s university hockey in Canada. It was first presented in 1885. Having won the national title in 2018, the Alberta Golden Bears have earned Canadian University supremacy 16 times.

Administered by the WHL Office, WHL Scholarships are solely funded by the WHL member Clubs. Every player who plays in the WHL is eligible to receive the WHL Scholarship. For every season a player plays in the WHL, they receive a guaranteed, full-year WHL Scholarship including tuition, textbooks and compulsory fees to a post-secondary institution of their choice. The WHL Scholarship is a fully-guaranteed academic scholarship with no requirement to play university hockey to qualify. The WHL graduate can apply the funding to any post-secondary or career-enhancing program of his choice, including trades schools or professional career training programs.