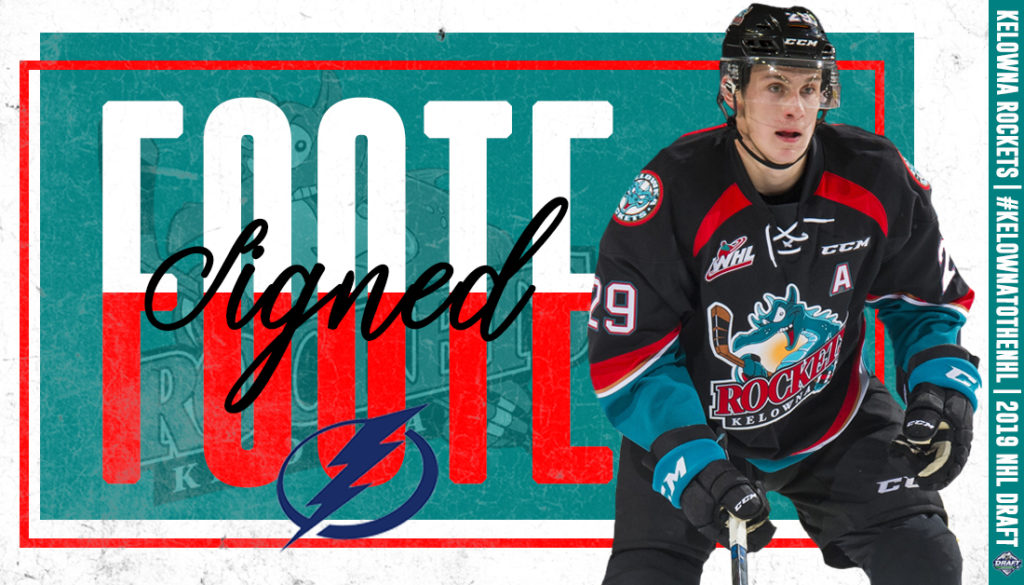 Foote suited up for 66 games last season, posting 36 goals and 63 points. He lead the Rockets in goals and power-play goals (17) and was tied for second for points. His 17 power-play markers ranked tied for fourth in the WHL, he was the only 2000 born player in the top five. He was named the Rockets Most Valuable Player – Sponsored by MacDermott’s Mens Wear.

He put his talents on display for Team WHL at the CIBC Canada/Russia Series in October and Team Cherry at the Sherwin-Williams Top Prospects Game in January. He placed in the top 25 of seven fitness tests while attending the NHL Scouting Combine.

He is currently attending the Bolts development camp that gets underway today and wraps up with the annual 3-on-3 tournament on Friday, June 28 and Saturday, June 29.