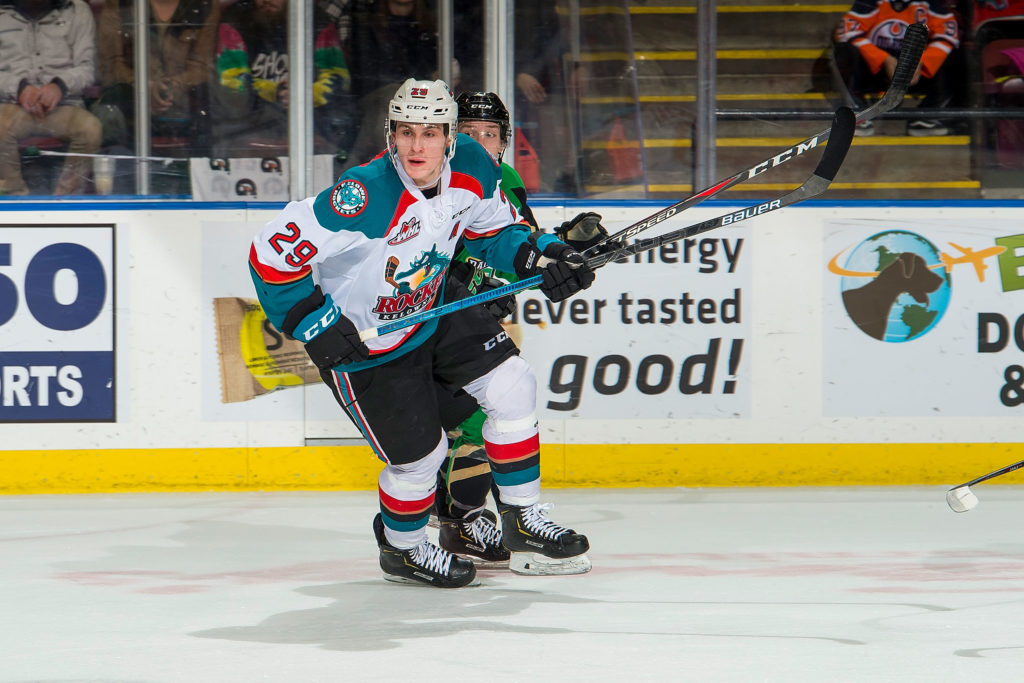 The five goaltenders, 13 defencemen and 25 forwards will be split into two teams – Red and White. The Canadians will play four games in Plymouth, taking on the United States twice in addition to singles against Finland and Sweden.

Brad McEwen, head scout for the Program of Excellence, and POE management group member Mark Hunter put the roster together, and will continue to monitor the athletes through the start of the 2019-20 season ahead of Canada’s National Junior Team Sport Chek Selection Camp and the 2020 IIHF World Junior Championship in Ostrava and Trinec, Czech Republic.

“We’re very pleased with the group that will be brought together in Plymouth,” said Shawn Bullock, director of men’s national teams. “This is a development opportunity for some of the younger athletes, and it’s a great opportunity for our coaching staff and players to start developing a solid relationship ahead of the World Juniors.”

Foote’s 36 goals this past season led the Rockets in scoring, 17 of them came on the power play. He was second in team scoring with 63 points (36G, 27A) and lead the team in shots on goal this season with 236.  He was named the Rockets Most Valuable Player – Sponsored by MacDermott’s Mens Wear.

He put his talents on display for Team WHL at the CIBC Canada/Russia Series in October and Team Cherry at the Sherwin-Williams Top Prospects Game in January. He placed in the top 25 of seven fitness tests while attending the NHL Scouting Combine.

Foote hopes to hear his name called this weekend at the NHL Draft. The 6’3, 183-pound forward is ranked 37th among North American skaters by NHL Central Scouting on their final rankings.