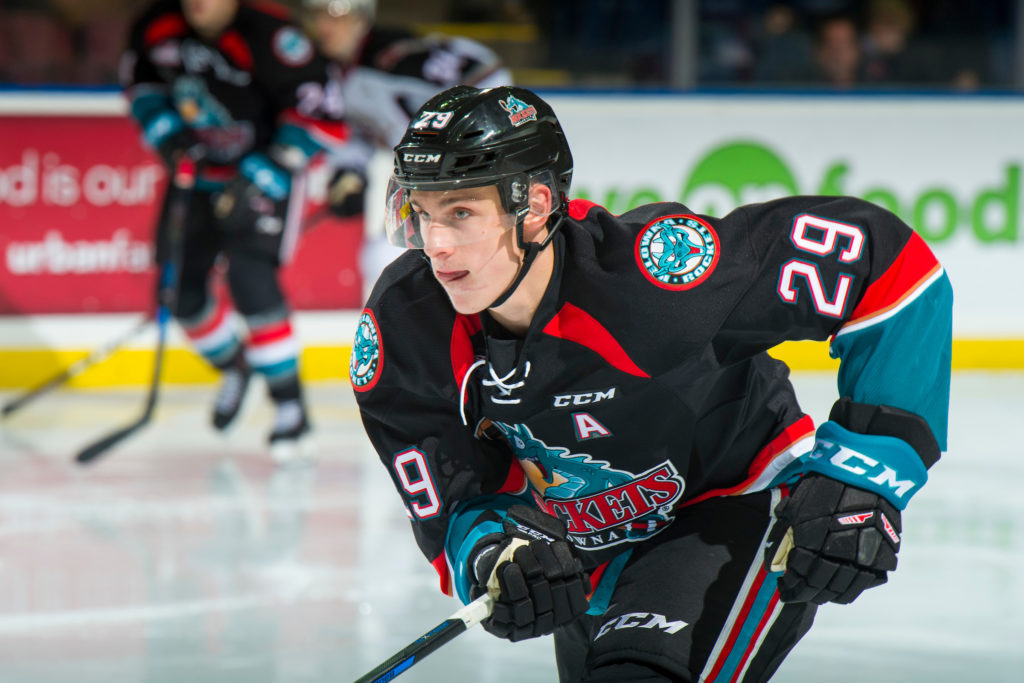 The Western Hockey League, in collaboration with the Canadian Hockey League and Hockey Canada, announced the roster for Team WHL, which will compete against Team Russia at the 2018 CIBC Canada Russia Series in Kamloops and Vancouver. Kelowna Rockets assistant captain, Nolan Foote was one of twelve forwards named to the roster. Rockets head coach Jason Smith will also serve as an assistant coach for Team WHL.

Team WHL will face Team Russia in Game one of the 2018 CIBC Canada Russia Series in Kamloops, B.C., on Monday, November 5, before continuing on to Vancouver, B.C. for Game two on Tuesday, November 6. The Ontario Hockey League will host Games three and four, while the Quebec Major Junior Hockey League will welcome the festivities for Games five and six.

Foote, 17, was selected 43rd overall by Kelowna Rockets at the 2015 WHL Bantam Draft. He is projected to be a first-round NHL draft pick next spring at the 2019 entry draft in Vancouver. Foote has 9 points (4g-5a) with 8 penalty minutes in 11 games this season.

Your next chance to see Nolan Foote and the Rockets at home is on Tuesday, October 23rd, 2018 when they host the defending WHL Champions – the Swift Current Broncos at Prospera Place. Tickets are on sale at selectyourtickets.com, at the Prospera Place box office or by phone at 250-762-5050.