Foote ready to strike with Kelowna 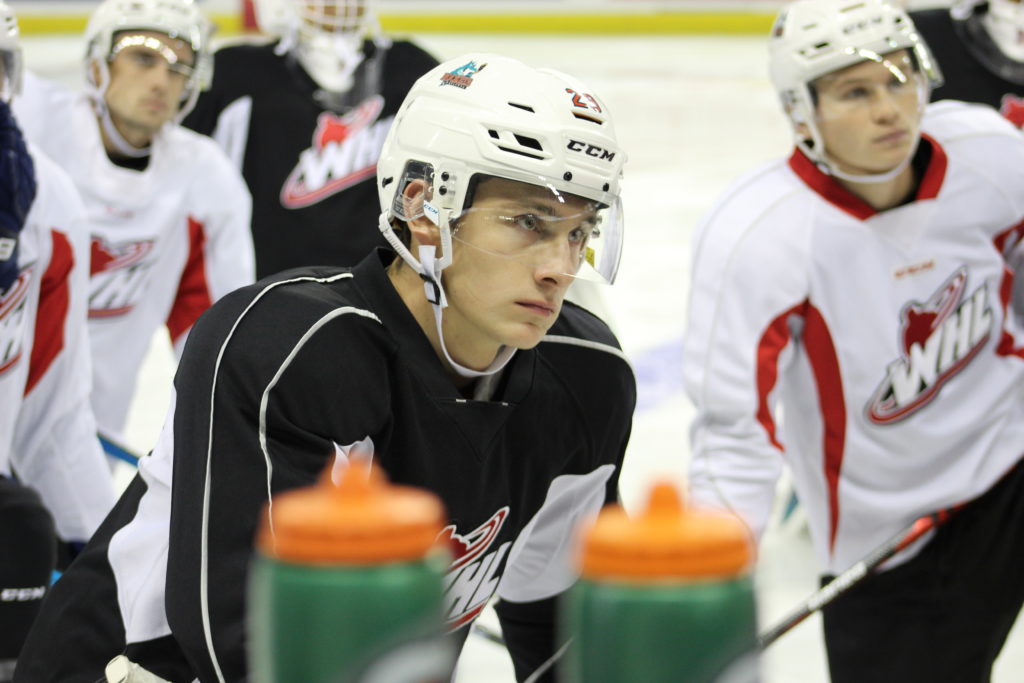 Kelowna Rockets forward Nolan Foote watched the Rockets home opener victory with his brother Cal from afar, literally 32,000 feet above the earth. Both Cal and Nolan Foote were on their way back to Tampa Bay following a preseason game against the Nashville Predators.

The Lightning re-assigned Nolan to the Rockets on Sunday following two preseason games with the Bolts. He says that returning to the team following the Rockets season opener victory is a positive.

“They’re feeling good right now with a 1-0 start, we’re going to keep that going hopefully. It was good to get back and see the guys, I’m very excited to be back here.I’m looking forward to getting back on the ice and building chemistry with the guys ahead of this weekend’s three games.”

Speaking of chemistry, Foote had the chance to skate alongside sharpshooter Steven Stamkos and some of the other full-time NHLers.

“It was good, he and a few of the other guys gave me the advice for the games, they basically said go out there and play your game and cherish it because it’s your first NHL preseason games.”

In his final preseason game against the Predators, Foote was able to play alongside his brother as well as against Matt Duchene. Duchene lived with the Foote family for his first two seasons in the NHL.

“I was out there a few times against Matt, not long though, but it was fun.”

In two preseason contests, Foote was held pointless but saw time on the power-play unit. Following the first game against the Carolina Hurricane’s, Tampa head coach John Cooper had positive things to say about Foote.

“He didn’t look 18 years old,” said Cooper. “I’m sure it’s nerve-racking to get into your first game like that. But he showed well, he’s big, strong. Another kid that won his battles. If that’s the floor for him, he’s got a bright future.”

Foote will make his regular-season debut with Rockets this Friday when they face the Kamloops Blazers on the road. They’ll return home to host the Everett Silvertips before departing for an afternoon matinee against Vancouver on Sunday. Tickets are on sale for Saturday night’s contest at selectyourtickets.com, at the Prospera Place box office or by phone at 250-762-5050.