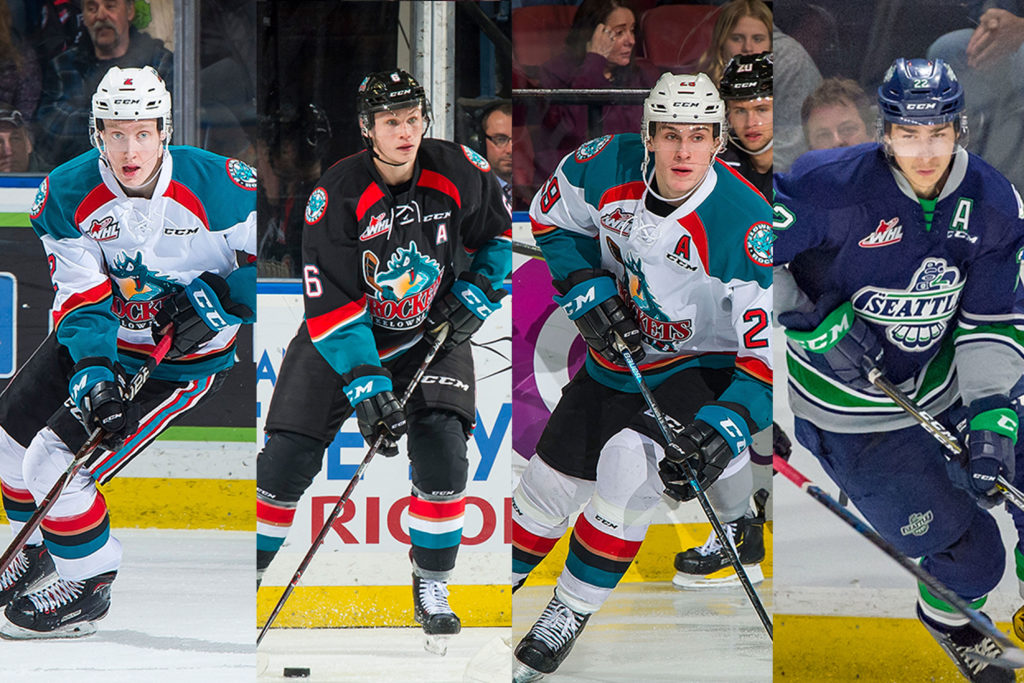 Four Kelowna Rockets are attending the 2019 NHL Scouting Combine this week at the KeyBank Center and HarborCenter in Buffalo. A total of  104 draft-eligible players from North America and Europe will be attending the event.

Rockets Lassi Thomson, Kaedan Korczak, Nolan Foote and Dillon Hamaliuk will be attending the event. Hamaliuk will only be participating in the interview portion as he continues to recover from an injury.

The week-long combine allows all 31 NHL teams to evaluate the top prospects ahead of the 2019 Draft.

“The NHL Combine is the final showcase event before the NHL Draft, and it’s a week full of interviews, medicals and fitness testing where the players get to interact with NHL personnel, and the NHL clubs get to learn as much as possible about the future stars of our game,” NHL Central Scouting director Dan Marr said. “It’s a full schedule that is structured to assist the NHL clubs in their draft preparations, and NHL Central Scouting always looks forward to hosting the prospects and making the Combine event a positive experience for everyone.”

Teams can have one on one interviews with the prospects at KeyBank Center today through Friday. The medical examinations will take place Wednesday, and seven of the 11 fitness tests will take place at HarborCenter on Saturday (standing height, wingspan, standing long jump, bench press, pro agility test, pull-ups, Wingate Cycle Ergometer test).