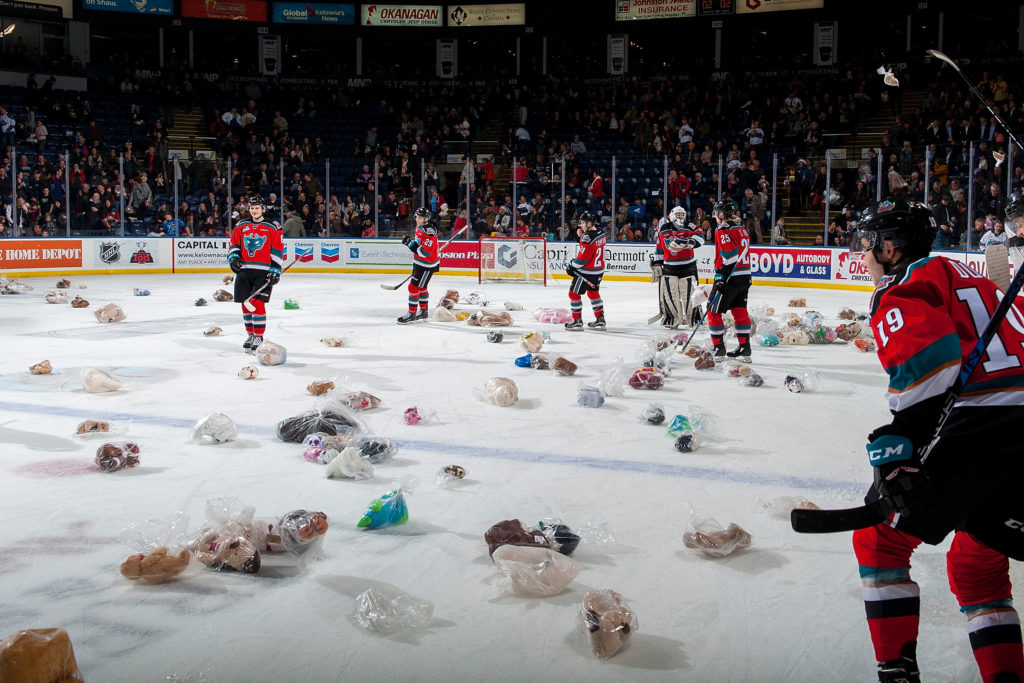 Game Day Preview: Welcome to December. The Kelowna Rockets have just three home games left before the Christmas break. The Rockets host the Saskatoon Blades tonight, the Tri-City Americans Wednesday and the Victoria Royals next Friday. The Rockets and Blades are meeting for the lone time this season. Last season, in Saskatoon, the Rockets were a 5-0 winner (December 16, 2017). James Porter earned the shutout with a 40 save performance. Kole Lind had 4 assists and was named the second star. The Rockets are coming off a 3-2 win in overtime last night against the Tri-City Americans. Leif Mattson scored the game-winner 20 seconds into extra time. Mattson also scored in the second period along with rookie Kyle Crosbie in the teams’ 12th victory of the season. The Rockets are 8-5-1-0 in 14 games under Adam Foote.

Broadcasters Notebook: Michael Farren is playing against his old team tonight. Farren was acquired this season from the Saskatoon Blades for a third-round bantam pick….Did you know that Rockets GM Bruce Hamilton was a former Saskatoon Blade (1974-77) while Director of Player Personnel Lorne Frey (1980-81) was a head coach of the Blades?…The Rockets traded 19-year-old Jack Cowell to the Kootenay Ice last night for a third-round bantam pick… The Rockets are 5-8-1-0 against BC Division teams this season….Three players will celebrate 100 games played with the Kelowna Rockets this evening. Kaedan Korczak, Libor Zabransky and Erik Gardiner hit the 100 games played mark. Gardner hit the 100 games played milestone in the WHL recently, but Saturday’s game will be his 100th with the Rockets. The 19-year-old had played four previous games with the Regina Pats before being traded….Nolan Foote has scored 8 home goals and 8 road goals this season…Foote hit the 100 point mark for his career with an assist last night …7 of Kyle Topping’s 11 goals have come on the road…16 of Topping’s team-leading 31 points have come on the road…Nolan Foote turned 18 Thursday….Four members of the Kelowna Rockets have been named to NHL Central Scouting’s November “Players to Watch’ List. Forward Nolan Foote is an ‘A’ prospect, meaning a first-round candidate. Kaedan Korczak is a ‘B’ prospect which means he is a second or third round candidate. Roman Basran/Lassi Thomson are ‘C’ prospects, which means he could be taken in the third to the seventh round…Adam Foote was officially named the new head coach of the Kelowna Rockets on October 23, 2018, replacing Jason Smith.