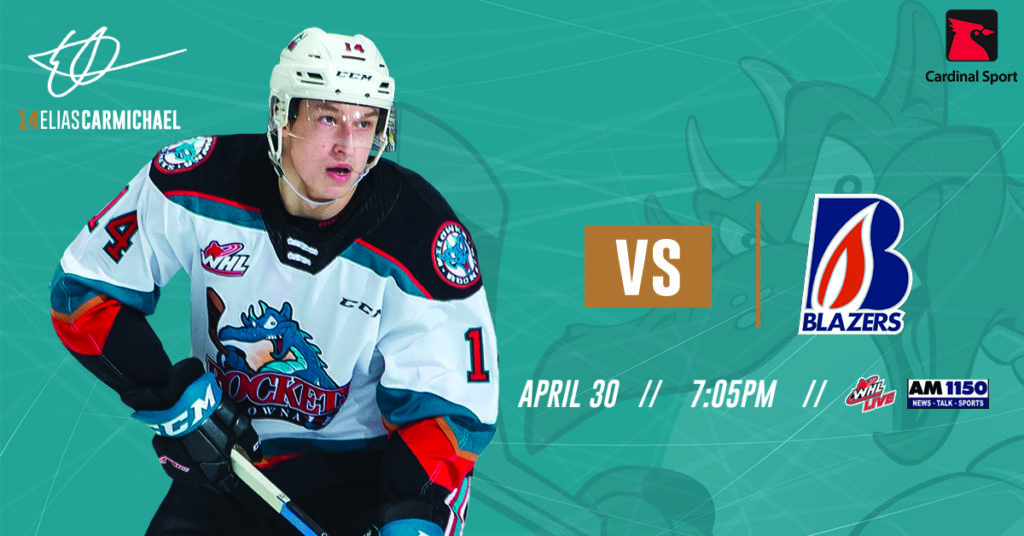 Tonight’s Preview: The Rockets will host the Kamloops Blazers at Prospera Place for the first time this season tonight…..They’ve already met once at the Sandman Centre, with the Rockets falling 6-2 to the Blazers….David Kope and Mark Liwiski scored for the Rockets in that game, Schwebius stopped 28 of 34 shots fired on him….The Blazers will be without assistant captain Logan Stankoven, the 2021 NHL Draft eligible forward is away at the U18 Championship representing Team Canada, he had ten points (7G, 3A) in six games for the Blazers this season…The Blazers have been off since Wednesday, they suffered their third loss of the season, dropping a 5-1decision to the Prince George Cougars….Kelowna enters tonight’s game on a four game win streak….Last night they came back in the third period to down the Vancouver Giants 4-3.

Who’s hot?: David Kope has ten points (3G, 7A) over his last six games, he now leads the Rockets in points with 11. Mark Liwiski has points in seven consecutive contests now, he has six goals and four assists over that span. 2021 draft eligible Trevor Wong has five points (1G, 4A) in his last four games.