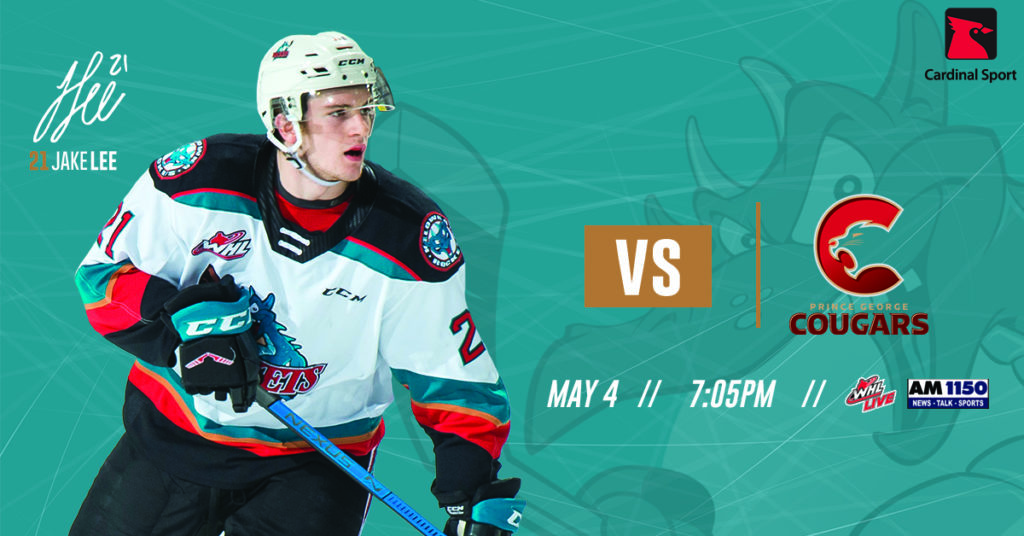 Tonight’s Preview: Tied for third in the BC Division, Prince George and Kelowna are set to meet for the third time this season. Kelowna is up 2-0 in the season series….Trevor Wong recorded five points, including four goals in the Rockets 7-5 win on April 17….The Rockets were victorious with a 5-1 win on April 23 at Prospera Place….The Cougars went 3-0-1-0 last week with three of their players (Craig Armstrong, Keaton Dowhaniuk, Taylor Gauthier) earning spots on the WHL’s RE/MAX B.C Hub Team of the week….They were last in action on Sunday where they took down the Giants 5-2….Kelowna’s five-game win streak came to an end with Kamloops scoring the overtime winner with 12 seconds to go in Saturday night’s game.

Duo named to BC HUB team of the Week: Forward David Kope was named to the hub team for the second consecutive week in a row, the overage forward continued his hot streak with six points (3G, 3A) in four games last week. Defenceman Jake Lee earned a spot on the team after posting four points (1G, 3A) in four games.

The Final Five: After tonight, the Rockets will have five games left on their schedule. They’ll take on the Giants on the road Friday, they’ll then return to Kamloops to face Prince George on Sunday. They’ll then play their final games at home, facing Kamloops on Monday and Victoria next Wednesday.