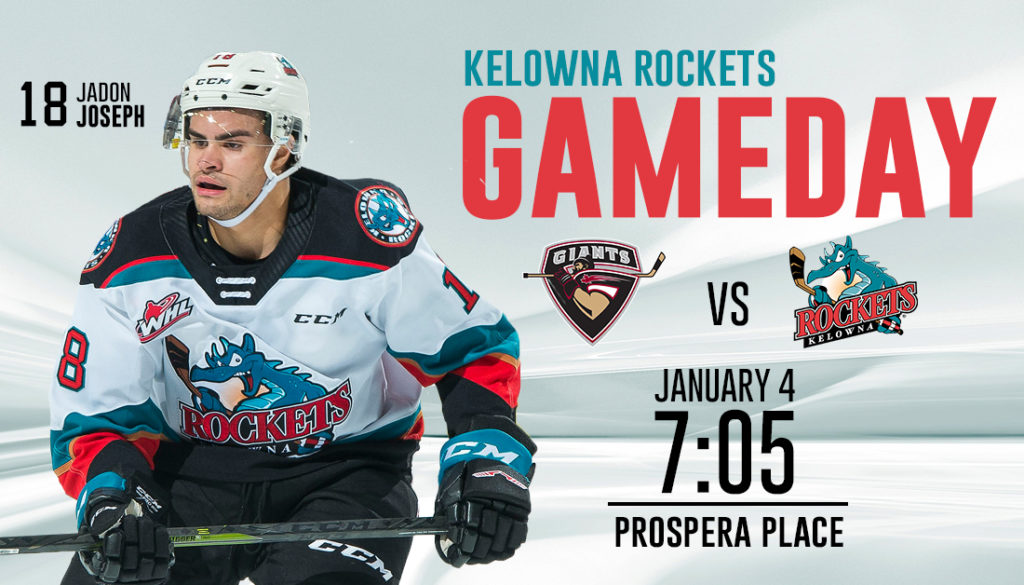 Tonight’s Preview: The third and fourth place teams in the BC Division meet tonight as the Kelowna Rockets host the Vancouver Giants. The Rockets hold a slim four-point lead the G-Men for third place in the division. This is the fourth meeting of the season between the two teams. The Rockets are 0-3-0-0, having lost by scores of 4-0, 4-3 and most recently 6-2. Overall, the Rockets have been out-scored 14-5 in the seasonal series. Connor McDonald leads the team with 3 assists in two games. The Rockets power play is just 1 for 15 (6.7%) against Vancouver. The Rockets are coming off a 2-1 loss last night to the Victoria Royals. Kaedan Korczak had the lone goal. The Rockets are playing three games in three nights for the second time this season. The team is in Tri-City on Sunday (4:05 pm). Back in late September, the Rockets played three games in three nights, losing in overtime in Kamloops (3-2), beating Everett at home (5-1) before losing (4-0) in Vancouver.

Broadcasters Notebook: The Rockets will play three games in three nights three times this month. They do it again January 17th, 18th and 19th before doing it again January 24th, 25th and 26th …Liam Kindree has three goals in his last four games….Nolan Foote is playing for Canada at the World Junior Hockey Championships, becoming the 18th player in the organization to do so…12 of the Rockets last 15 games have been decided by one goal…The Rockets have played in 20-1 goal games this season, the most in the WHL…The Rockets have played in a Western Conference high 20 road games.

Digg’n Deep: The Rockets are playing their 6th straight game against a team based in the BC Division. The Rockets are 1-4-0-0 in the five games….Kaedan Korczak has goals in back-to-back games. The 18-year-old has 7 goals this season in 36 games. It took him 140 career games to score 7 goals heading into this season…Roman Basran has started in 6 of the teams last 7 games….The Rockets are 8-10-1-1 against teams in the BC Division…The Rockets are 4 and 1 in overtime with game-winning goals coming from Dillon Hamaliuk, Nolan Foote, Kaedan Korczak and Liam Kindree….Head Coach Adam Foote is closing in on a milestone. Foote will coach in his 100th game January 25th, on the road, in Vancouver (Langley)….Dillon Hamaliuk plays in his 150th WHL game this evening…Connor McDonald is 5 assists shy of 100 for his career.