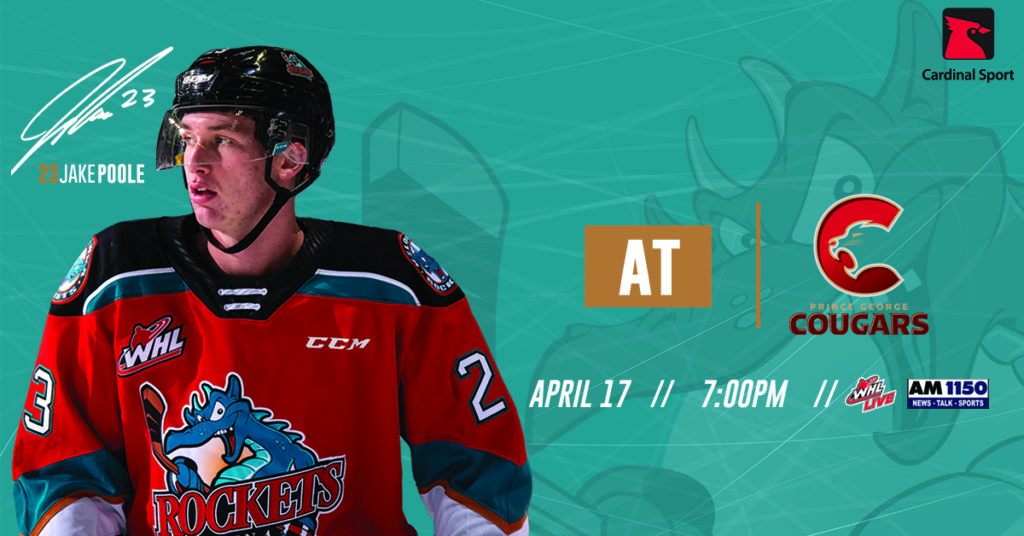 Tonight’s Preview: The Rockets return to action for the first time since March 29, they’ll take on the Prince George Cougars for the first time this season. The Rockets entered a league-mandated, 14-day isolation period following the discovery of a positive test for COVID-19 on Tuesday, March 30. Though seven additional positive tests for COVID-19 were discovered within the Rockets team cohort, this occurred while the individuals were in isolation and did not impact upon the initial start of the 14-day isolation period. The Rockets resumed skating this past Wednesday. Kelowna played just two games before their season was paused, they’re coming off of a 6-0 loss to the Vancouver Giants. Prince George played the Victoria Royals in Kelowna last night, thumping the Royals 5-2.

Loading the Power Play: The Rockets power play went zero for five in their last game. In their season opener, Kelowna’s power play was one for five. Heading into tonight’s game it has an efficiency rate of 10%. With a shortened training camp of one week and most of the Rockets players not having played a meaningful game in over a year, it’s understandable it would be a bit rusty as the players build chemistry with each other.

HUB Goaltender of the Week: Following his 19 save shutout on Friday, March 26, goaltender Cole Schwebius was named to the RE/MAX B.C. Hub Team of the Week for the week ending March 28, 2021.

100 Point Club: Kaedan Korczak picked up regular-season point number 100 of his WHL career with an assist game in his 201st regular-season game on March 26.