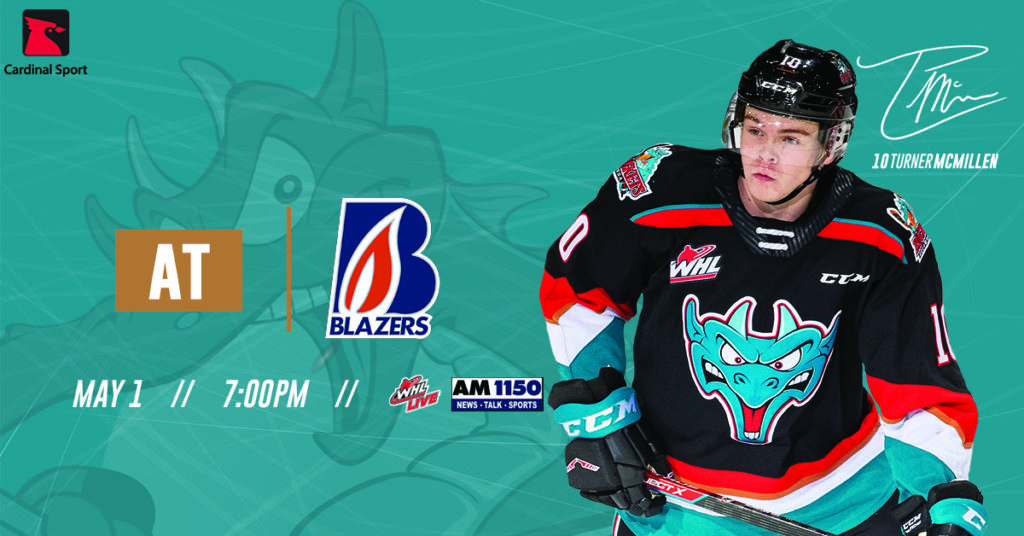 Tonight’s Preview: The Rockets and Blazers meet for the second time in 24 hours…..Kelowna extended their win streak to five games with a commanding 6-1 win over the Blazers on Friday night at Prospera Place…Elias Carmichael, Dylan Wightman, Dillon Hamaliuk, Turner McMillen and Jake Poole all scored within 6:36 of each other in the first period, Nolan Flamand chipped in with his first WHL goal in the final minute of the game…Cole Schwebius picked up his fourth win of the season, stopping 31 of 32 shots….The season series is now 1-1, Kamloops shutdown the Rockets 6-2 back on April 20 in Kamloops. The Blazers will be without assistant captain Logan Stankoven, the 2021 NHL Draft eligible forward is away at the U18 Championship representing Team Canada, he had ten points in six games for the Blazers this season…It’s also expected that captain Connor Zary will also be absent from the Blazers lineup again, he suffered an upper body injury.

Who’s hot?: Rookie Turner McMillen is heating up with six points (2G, 4A) over his last four games. He found the back of the net for the first time on Friday against the Giants with a shorthanded breakaway goal and dropped the gloves in the third period….he continued to find success last night, picking up first star honors after a three point (1G, 2A) night