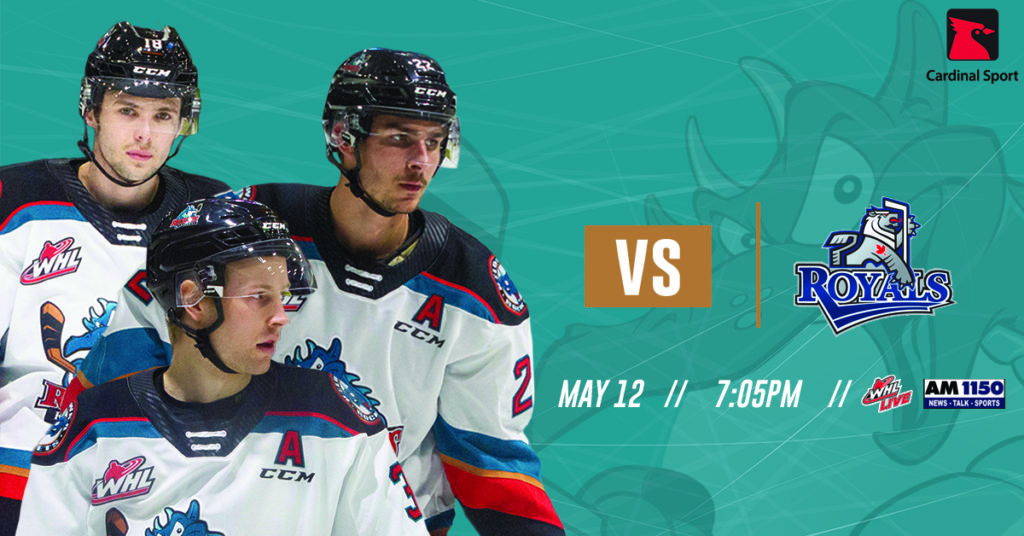 Tonight’s Preview: The Rockets enter their final game of the shortened 2020-21 campaign with one last matchup against the Victoria Royals…..Kelowna opened the season with a 5-0 win over Victoria on March 26, they then downed them 7-2 on April 19, Kelowna also defeated them 5-1 on April 27. David Kope has seven points (2G, 5A) in two games against the Royals this season. Dylan Wightman had a three point (2G, 1A) performance against Victoria on the 19th….Kelowna enters tonight’s game having won one of their last five, they last played on Monday where they fell 10-2 to the Kamloops Blazers…. The Royals played the Vancouver Giants in Kamloops last night where they were downed 6-1.

Thank you 20-year-olds: This will mark the final game for our three twenty-year-olds, we’d like to congratulate Sean Comrie, David Kope and Dillon Hamaliuk on their junior careers.

– Comrie, who departed Denver University to join the Rockets last season, has appeared in 51 games for the Rockets (including tonight). The steady defenceman has committed to continue his hockey career at MacEwan University in Edmonton next year.

– Hamaliuk, who was acquired from the Seattle Thunderbirds in the spring of 2019, is a veteran of 192 WHL games—72 of those with the Rockets. He was a second-round pick of the San Jose Sharks in the 2019 NHL Draft and signed an entry level contract last year.

– Kope was acquired in a trade from the Edmonton Oil Kings last summer. The winger enters tonight tied for Trevor Wong in points with 15 through 15 games. Originally an eighth-round pick in the WHL Draft, Kope has appeared in 199 WHL regular season games.