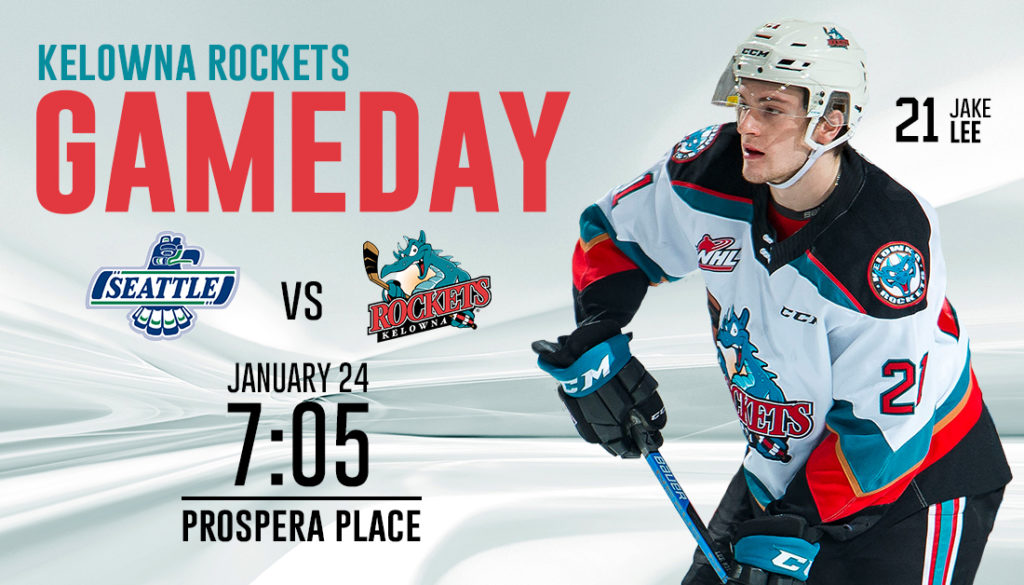 Tonight’s Preview: For the third time this month, the Rockets play three games in three nights. The Seattle Thunderbirds provide the opposition for the third of four times this season. The Rockets are 2-0-0-0 in the seasonal series after 8-3 and 3-2 wins. The T-Birds make one more visit to Prospera Place on March 6th. Dillon Hamaliuk leads all Rockets with 3+1=4 in the two games while Nolan Foote (2+2=4) and Kyle Topping (0+4=4) have four points in the opening two games. The Rockets have lost a season-high six straight games and are coming off a 3-2 loss in Portland last Sunday. In the last six games, the Rockets have been out-scored 25-7. Following tonight’s game, the Rockets are in Vancouver (Langley) tomorrow night before welcoming the Giants to Prospera Place for a rare Sunday game (5:05 pm). The Rockets enter the weekend 18 points back of first place Kamloops in the BC Division and 8 points behind Victoria for second place.

Broadcasters Notebook: Kaedan Korczak returns to the lineup tonight after serving a three-game suspension…Liam Kindree has been sidelined for an extended period of time after a hit against Kamloops which required surgery on his broken collarbone …. The Rockets were 5-7-0-0 while Nolan Foote was at the World Junior Hockey Championships …The Rockets have played in 23-1 goal games this season, the most in the WHL…The Rockets are 9-13-1-1 against teams in the BC Division…The Rockets are 4 and 1 in overtime with game-winning goals coming from Dillon Hamaliuk, Nolan Foote, Kaedan Korczak and Liam Kindree….Head Coach Adam Foote is closing in on a milestone. Foote will coach in his 100th game January 26th, at home, vs. Vancouver.