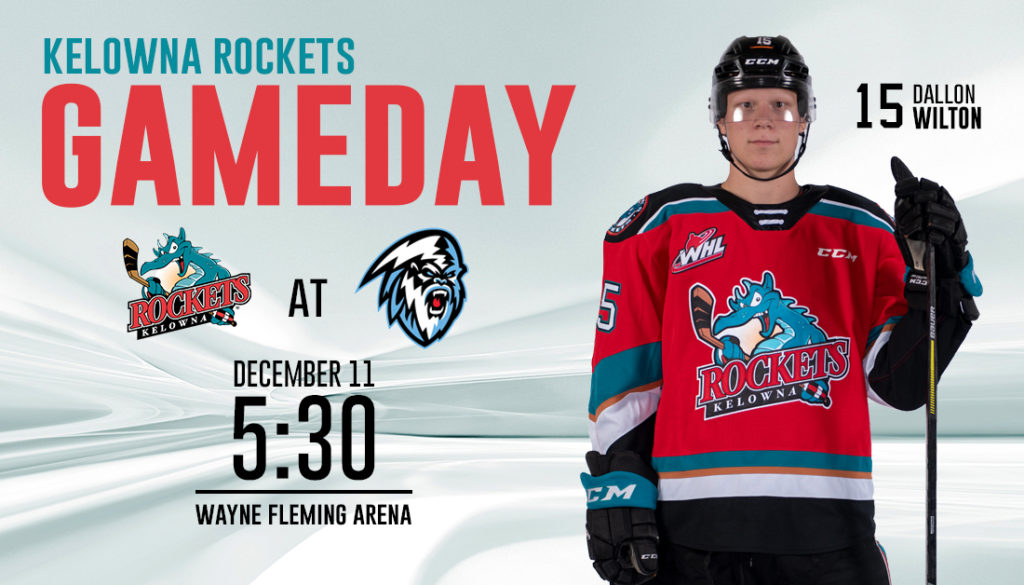 Tonight’s Preview: The Kelowna Rockets play game four of a six-game Eastern Division road trip tonight in Winnipeg against the ICE. The Rockets have points in 9 games (8-0-0-1) after a 2-1 shootout win last night in Brandon. Matthew Wedman scored in regulation time before beating Jiri Patera for the game-winner in the shootout. Roman Basran was a perfect 3 for 3 in the skills competition.  After tonight’s game, the Rockets visit Regina to face the Pats Friday. The road trip comes to an end Saturday in Moose Jaw. Overall, the team has won five straight road games, with all four decided by one goal.

Bigger, Faster, Stronger: The team added size and scoring touch with the acquisition of 20-year-old Matthew Wedman from the Seattle Thunderbirds last Thursday. Wedman led the T-Birds in scoring last season with 40+37=77 and played 275 games in a Seattle uniform. The Rockets also completed a trade with the Moose Jaw Warriors November 24th by acquiring 20-year-old Jadon Joseph. Joseph was a member of the Vancouver Giants last season that went all the way to the WHL final. Joseph has 58 games of playoff experience under his belt, the most on the Rockets roster.