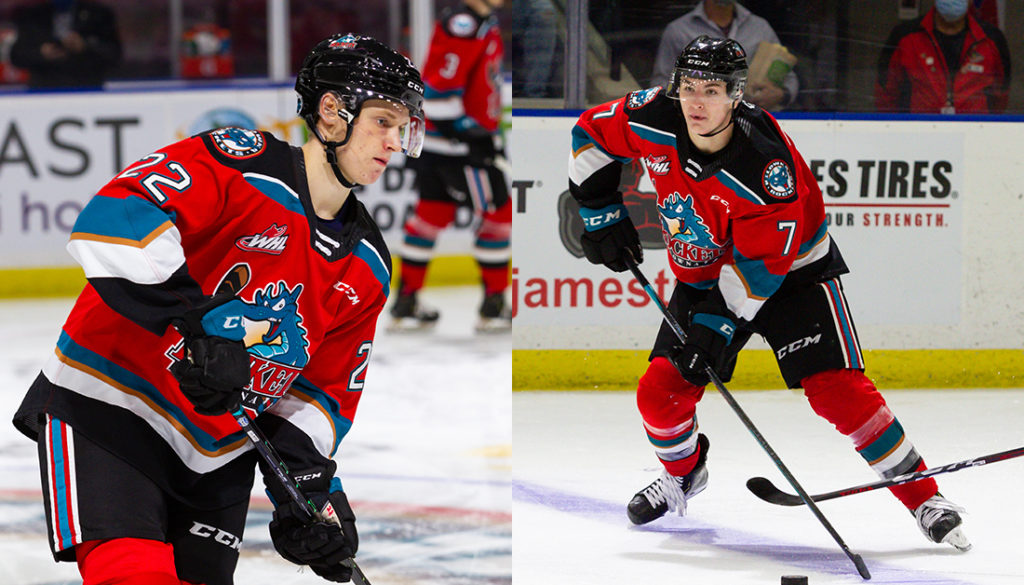 The list is a compilation of top prospects from all the major development leagues throughout North America and Europe. It will be updated throughout the season as scouts evaluate the players.

Graham, 6’3″, 214-pounds, was acquired from the Everett Silvertips in late August. The Kelowna, BC, product led the Rockets in scoring during the 2021 preseason, posting five points (2G, 3A) over four games and a winning faceoff percentage of 57.1%. Through three regular-season games this season, Graham has posted two goals and an assist.

Szturc, 5’10, 172-pounds, was selected by the Rockets 44th overall in the first round of the CHL Import Draft this past summer. The Cesky Tesin, Czech Republic, product has appeared in three regular-season games, posting a pair of assists.

Szturc represented the Czech Republic at the 2021 IIHF Under-18 World Championship this past spring, scoring four points  (3G, 1A) in five games.