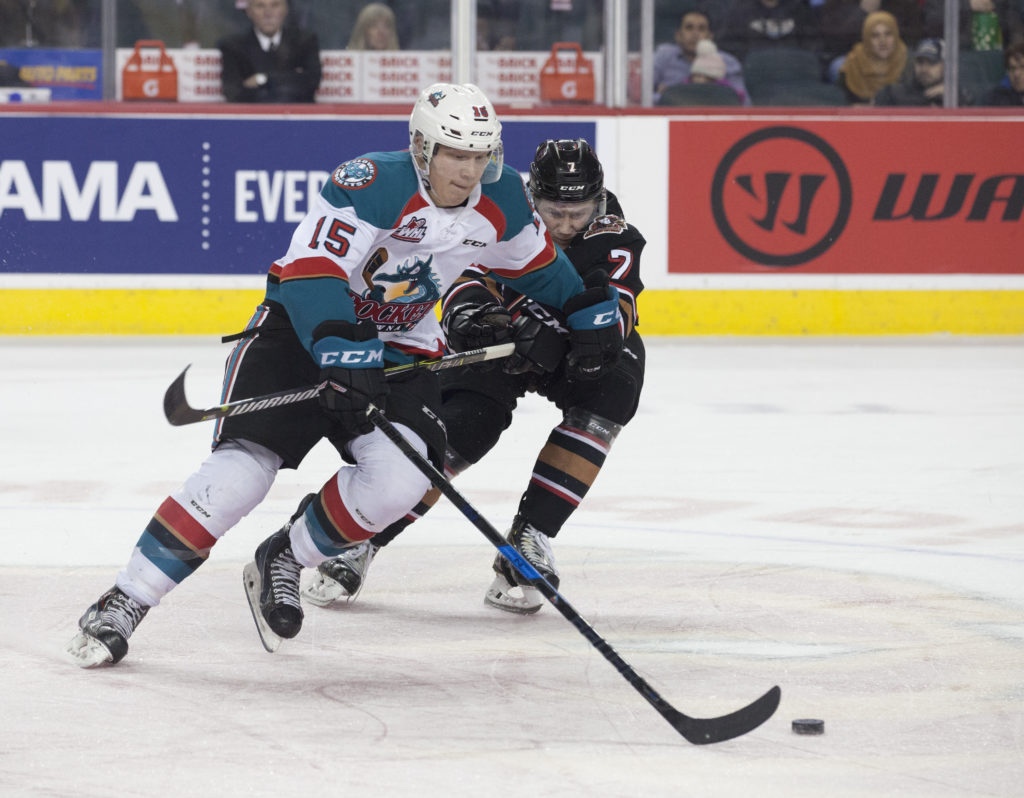 The Calgary Hitmen defeated the Kelowna Rockets 5-1 Friday night at the Scotiabank Saddledome in Calgary, Alberta.

The Hitmen opened the scoring 2:51 into the game when Egor Zamula(8) fired one past Rockets starter, James Porter. Nolan Foote would take off up the ice on a two on one, dishing the puck off to Didsbury, Alberta product, Kyle Crosbie(5) who would tie the game 8:00 into it. Calgary’s Jake Kryski(15) regained the lead at 17:26. The Hitmen would hold a 2-1 lead entering the first intermission.

A Kelowna defender would turn over the puck in front of their net to Calgary’s Kaden Elder, he passed it off to Riley Stotts(9) to extend their lead 2:01 into the middle frame. That would be the only goal to be scored during the period, the Rockets trailed the Hitmen 3-1 through 40 minutes.

Kryski would make it 4-1 with his second of the night at 13:30 in the third while on a five on three power play. Ryder Korczak(5) would put a rebound into the Rockets net with 38 seconds to play in the third.

Kelowna’s four-game finishes tomorrow night in Medicine Hat before starting their Christmas break, puck drop is at 6:30 pm. The Rockets will return from the break to play a home and home series with the Kamloops Blazers at the Sandman Centre on Friday, December 28th. The Rockets will host the Blazers the next night at Prospera Place. Tickets are on sale at selectyourtickets.com, at the Prospera Place box office or by phone at 250-762-5050.