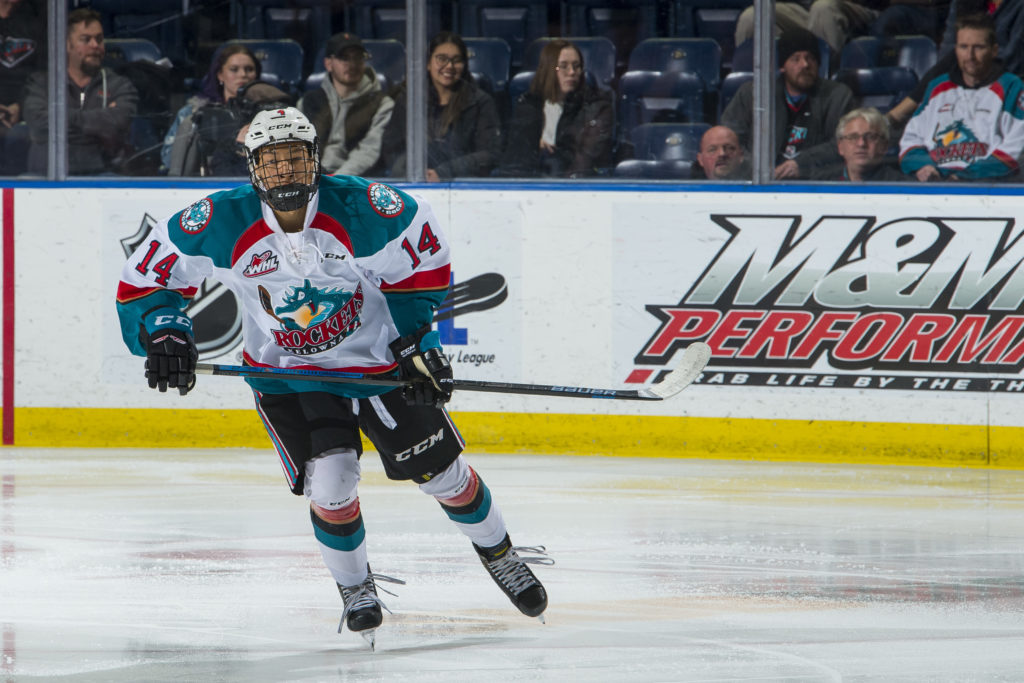 Hockey Canada has invited Kelowna Rockets forward Trevor Wong to attend Canada’s national under-17 development camp as the road to the 2019 World Under-17 Hockey Challenge begins. The camp will take place July 19-26 at the Markin MacPhail Centre at WinSport’s Canada Olympic Park.

During the week-long camp, the players – 12 goaltenders, 36 defencemen and 64 forwards – will be split into six teams for on- and off-ice training, fitness testing, intrasquad games and classroom studies. The breakdown of WHL players includes three goaltenders, eight defencemen, and 14 forwards.

“The national under-17 development camp is the first step these athletes take in their Team Canada career,” said Shawn Bullock, director of men’s national teams in a release issued by Hockey Canada. “Ultimately, these players will learn what it takes to wear the Maple Leaf in international competition. We are here to support their development by providing the on- and off-ice experiences they need to achieve the dream of representing their country.”

The 16-year-old product of Vancouver, British Columbia, was selected by the Rockets 18th overall at the 2018 WHL Bantam Draft. He appeared in five games for the Rockets this past season as a 15-year-old, collecting one goal.

Wong represented Team BC at the Canada Games in February as a member of their U-16 team. He tied for seventh in tournament scoring with 10 points (3G, 7A) in seven games played.

Brad McEwen (Whitewood, Sask.), head scout for the Program of Excellence, and POE management group representative Martin Mondou (Grand-Mére, Que.) built the roster with assistance from six regional scouts. Shaun Sutter, Assistant General Manager and Director of Player Personnel for the Red Deer Rebels, and Jason Smart, a scout with the Vancouver Giants, served as the two regional scouts from Western Canada.
Following camp, players will be monitored through the early weeks of the 2019-20 season before 66 are named to one of three Canadian teams – Team Canada Black, Team Canada Red and Team Canada White – competing at the 2019 World Under-17 Hockey Challenge, scheduled for Nov. 2-9 in Medicine Hat, Alta., and Swift Current, Sask.