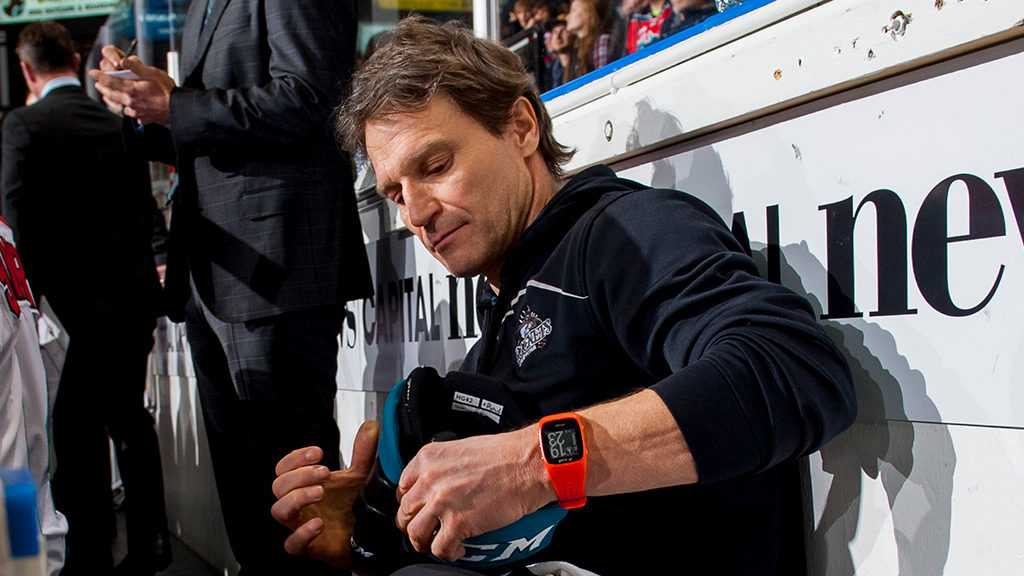 The 125 km course began and ended on a 4,200-foot plateau, it passed over three mountain summits and included 17,000 feet of elevation change different terrains. The race started at 8:00 a.m. and ended at 8:00 a.m. the next day, giving the athletes 24 hours to finish.

He says that he first learned of it while helping a friend prepare by being a pacer while they trained for the Western States Endurance Run in Squaw Valley, California. The challenge made him want to attempt the Canadian Death Race.

“I’ve never run 78 miles in a day before,” said Hoyer. “There was a lot of uncertainty to it, and that’s kind of what attracted me to it.”

Preparing for an event like this isn’t your typical training regimen, it’s a little unorthodox compared to just hitting a gym or a treadmill.

“From mid-February until now I’ve been preparing. Every week my mileage went up, when I started, I was running 25 miles a week. By early July, I was running 73 miles in four days; 3 miles on Tuesday, 15 miles on Friday, 25 on Saturday, 30 miles on Sunday. Doing this taught me how to run with heavy, hard, fatigued legs.”

While there’s physical training, Hoyer says that there’s also a mental component to it as well.

“The training is one thing, but to put the whole package together was another. I had been running 70 miles in a weekend, but now I was going to do it all it one day. Then I started thinking about things like what kind of food you should I be eating, where should you have people in the transition areas and so forth. I was curious about what might stop me, will it be a rolled ankle? Will I run out of time? At the end of the day, my attitude was that my wife Tricia and my two kids, Saylor and Charli were going to be there with me to support and help me, I thought to myself okay I’m just going to do it.”

The conditions for this year’s race were the wettest they’ve ever been in its 20-year history, but that didn’t stop Hoyer from pushing himself and having an experience that he won’t soon forget.

“I wanted to take it all in starting from the morning of day one, the nerves and lining up on the start line. At one point we were told that there was a grizzly bear a couple of cubs and a black bear so make a lot of noise. There was a cougar on the last leg that was stalking solo runners, they had us pair off. If I passed someone or if they passed me, we would all say ‘good job’ and keep going, it was a positive environment.”

On Saturday morning 374 soloists toed the line, 24 hours later when time expired 240 runners had crossed the finish line including Hoyer. He placed 99th with a time of 21:05:02.6. He placed third in his age group and was 81st amongst males.

Following the race, he was rewarded with a belt buckle and a bottle of beer that had his name and time written on it. Later that night he enjoyed juicy burger enjoyed with his family. 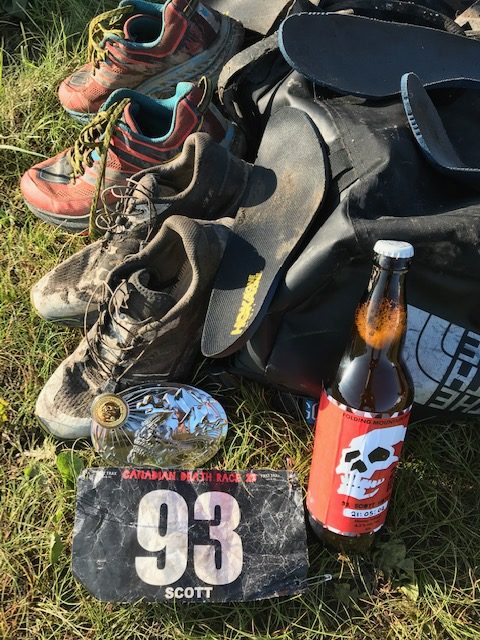 He says that the preparation for the Canadian Death Race was much like helping gear up Rockets players, but this time the roles were reversed.

“My family were my support staff. Not only did they give me positive encouragement, but they took on additional roles to help me complete the competition.

“They ran me through timing stations, cleaned my legs and changed my runners for me. They gave me the right foods and hydration when I needed it and helped with lots of other areas. Good support staff are so important, I couldn’t have done the race without them.”

With the Rockets Hoyer helps players recover from injury and navigates what a tolerable pain is and what isn’t, he experienced first hand making that choice for himself.

“While preparing and competing in the event, it gave me a better appreciation of when I help our players decide what is playable pain and what isn’t.”

When he isn’t helping players recover from injuries, Hoyer works with them to get into their best shape as elite athletes. He helps tailor specific workouts and diets for each player.

Hoyer is looking forward to returning to his usual role of helping players develop as Rockets training camp nears.