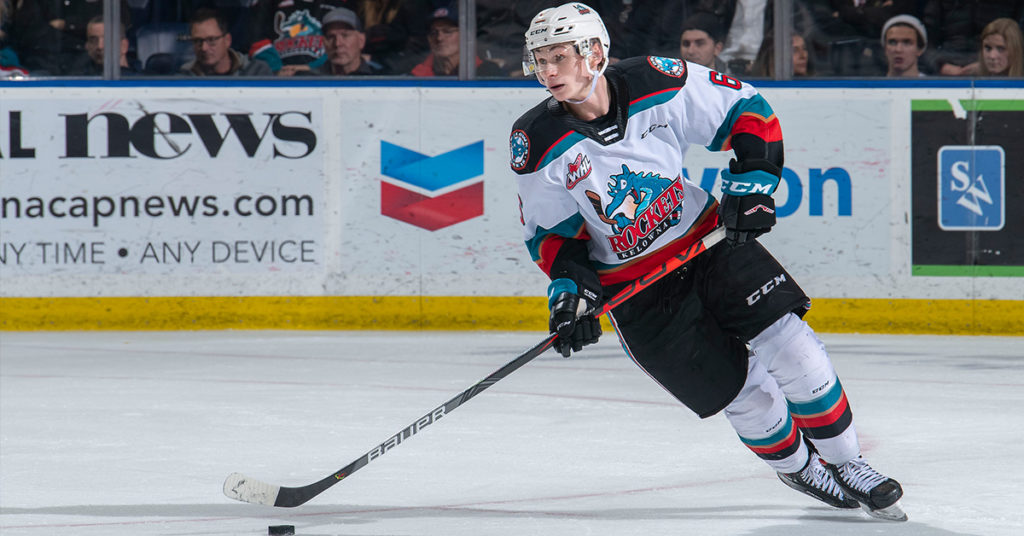 “We are excited to begin preparations for the 2021 IIHF World Junior Championship with this group of 41 players and our full staff at our online camp, as we believe we have a good mix of veteran leadership and young talent that are eager to represent Canada during the holiday season,” said Scott Salmond, senior vice-president of national teams for Hockey Canada in Hockey Canada’s release.

Korczak is coming off of a career year, the Vegas Golden Knights prospect was awarded the Rockets Top Defenceman for the second consecutive season while setting career highs with 11 goals and 38 assists. His 180 shots on goal ranked second among all Rockets skaters.

Five goaltenders, 10 defencemen and 26 forwards will attend the five-day virtual camp, participating in a variety of sessions with a focus on player development through online education. The roster includes seven players who helped Canada win gold at the 2020 World Juniors (Byfield, Byram, Cozens, Drysdale, Lafrenière, McMichael, Mercer). Of the 41 players, 16 were selected at the 2019 NHL Draft, 22 will hope to have their name called at the 2020 draft, two are eligible in 2021 and one is eligible in 2022.

See the rest of the roster below.