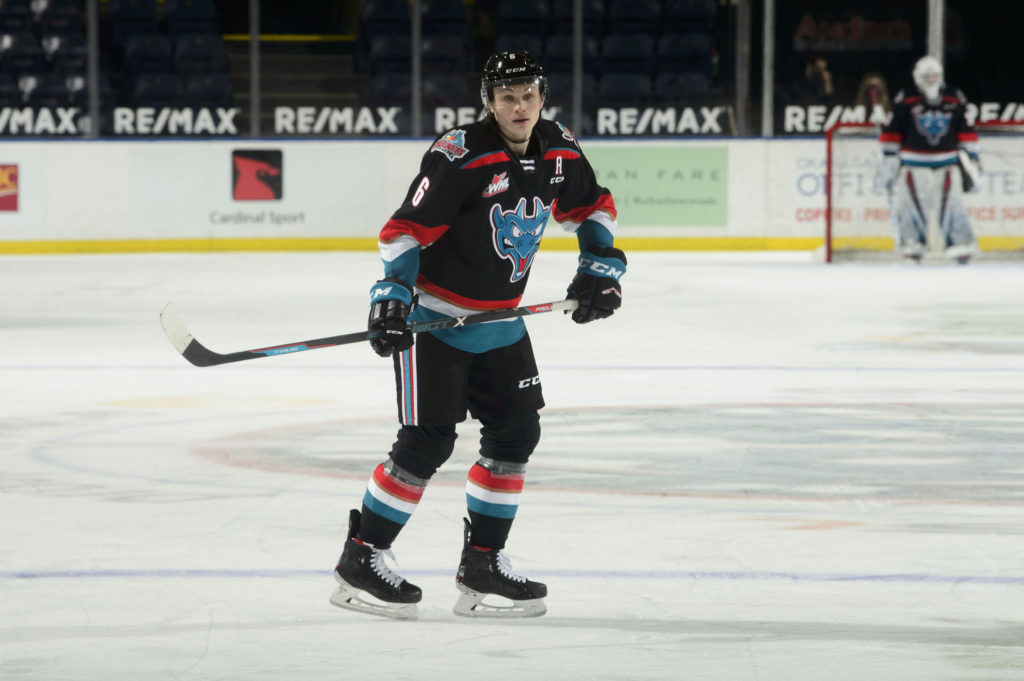 Korczak led the Rockets in power-play assists with five, posting eight points (3G-5A) in 15 games played. The 6-foot-4, 200-pound defenceman scored all but one of his points on special teams, tallying a short-handed goal on April 17, 2021.

A first-round pick of the Rockets in 2016, Korczak was selected by Vegas 49th overall in the second round of the 2019 NHL Draft.

WHL Division All-Stars were voted upon by WHL General Managers.

Kaedan Korczak has been named to @TheWHL's B.C. Division All-Star team for the 2020-21 season.

Following the end of the Rockets season, Korczak was recalled to the Henderson Silver Knights of the American Hockey league where he joined them for their playoff run. He posted his first professional goal through five games before Henderson was eliminated by the Bakersfield Condors on the weekend.