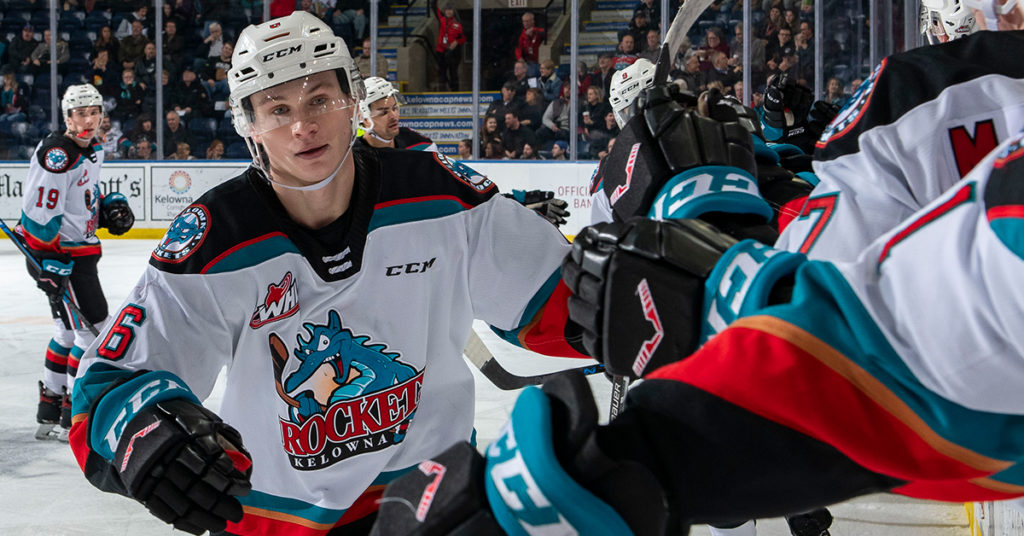 “It’s a dream come true to represent my country at the World Juniors,” those are the first words that came out of Kelowna Rockets defenceman Kaedan Korczak’s mouth when asked over the phone how it felt to be named to Hockey Canada’s 2021 IIHF World Junior Championship.

The good news was delivered to Korczak by his family. He said that while it was emotional, having the news come from them meant that much more.

It was an unconventional camp all around, normally taking place in Ontario the camp was held in a bubble in Red Deer, Alta. with a record number four dozen players in attendance.

Korczak said that the large number of players made him nervous at first, but once he shook off the rust he felt like himself again.

“I think for the first couple of days it was a little scary and nerve-racking, I hadn’t played a meaningful game or participated in as intense practice since our final game in Kelowna back in March. Once I got my feet under me I started to feel comfortable and just played my game, at the end of the day things worked out pretty well for me.”

After two positive cases, the players and staff paused camp to enter a 14-day quarantine.

“It was a little different for sure, not skating or working out for two weeks was something that none of us are used to. Obviously not skating for a while wasn’t great, we were trying to adapt to different ways of training and staying in shape, it was a different world for us. We had spin bikes that we went pretty hard on.

“Meals would be delivered to us every day three times a day, someone would knock on our door and leave it in the hall, we would quickly open the door and grab it. In the evenings we would have a social activity over zoom, a few well known Canadians popped into those calls to talk and sing to us.

“At the end of the day, I’m glad we got through it together as a team.”

Of Team Canada’s 22 skaters, 20 of them are first-round NHL picks. The two exceptions are Korczak and Jordan Spence.

Pavel Novak cracked the Czech Republic’s roster, while Canadians and Czech’s won’t face off in regulation Korczak says the possibility of playing him would be fun.

“I think it would be a pretty cool experience if Pavel and I get the chance to play against each other.”

You'll be able to watch three Rockets suit up at the upcoming 2021 IIHF World Junior Championship in Edmonton.

The 2021 IIHF World Junior Championship begins on Christmas Day with three games before Canada kicks off its tournament schedule on December 26 against Germany at 4 p.m. MT.