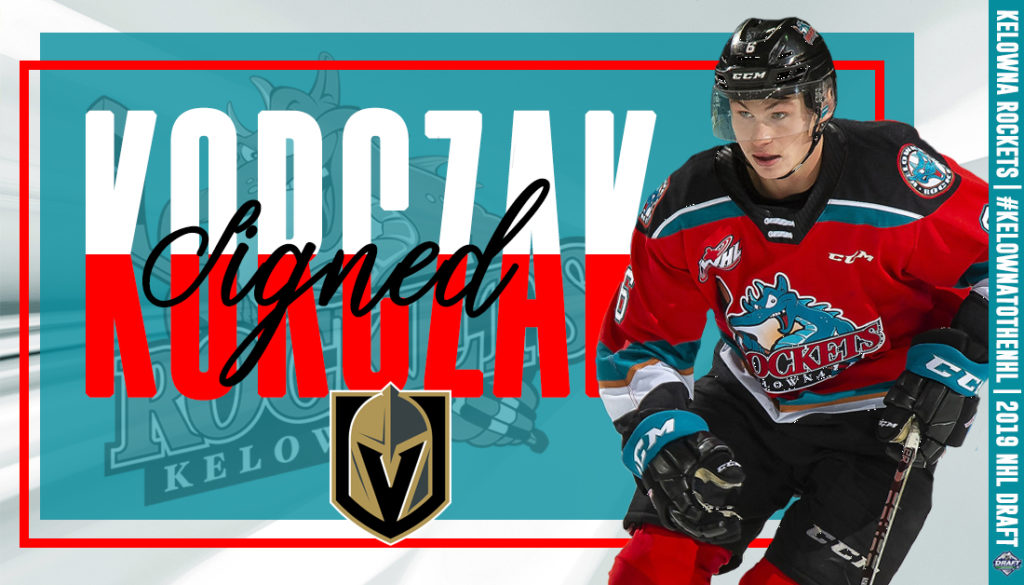 The Vegas Golden Knights selected Korczak in the second round (41st overall) of the 2019 NHL Entry Draft.

Korczak and the Rockets will open the second half of the season on Friday, December 27 when they host the Kamloops Blazers. Tickets are on sale at selectyourtickets.com, at the Prospera Place box office or by phone at 250-762-5050.