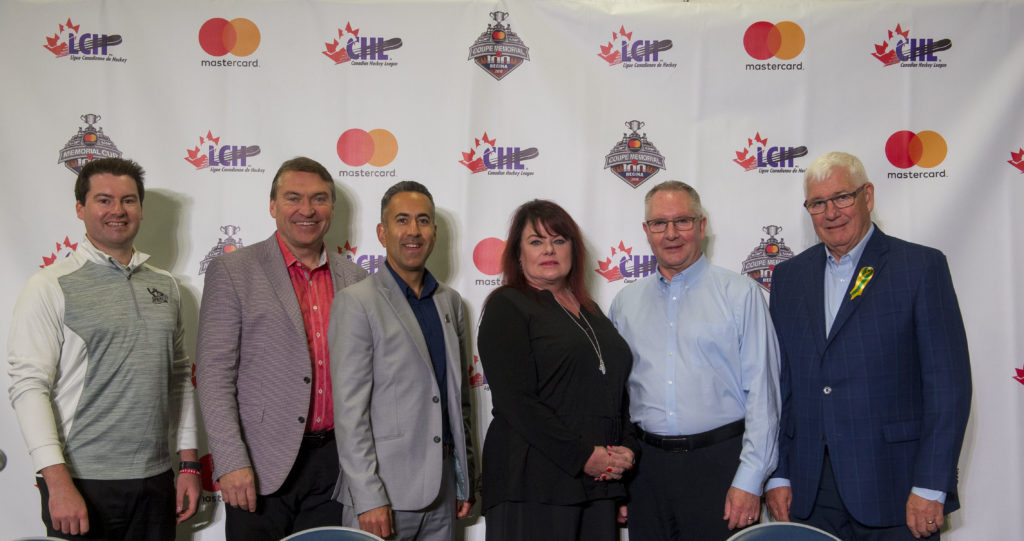 Last week, the Kelowna 2020 Bid Committee joined the City of Regina and the Regina Pats in celebrating the 100th Mastercard Memorial Cup.

It was a busy week filled with meetings and great discussions with the Regina Bid Committee, as well as members of the OHL, WHL, and CHL. The Kelowna 2020 Bid Committee would like to express their sincere gratitude to everyone who took the time to meet with them, specifically they would like to thank their hosts, the City of Regina and the Regina Pats.

The Committee left Regina feeling invigorated and filled with many great ideas on how to shape their bid as they move forward towards the bid date set to be heard in Calgary on October 2nd and 3rd.

Joining Kelowna in the 2020 Memorial Cup bidding process are Kamloops and Victoria who’ve also announced their intent to bid.  However, Tom Dyas, Chair of the Kelowna 2020 bid, is confident about our city’s opportunity to be successful in the process.

“The City of Kelowna is well positioned to host the 2020 Memorial Cup. We have the perfect venue, and we’ve made significant investments in infrastructure across the City but more importantly, we have the most supportive and engaging community in Canada,” said Dyas.

Other than bragging rights, winning the 2020 Memorial Cup would have a significant economic impact within the community. The Committee estimates the city could see an economic boom ranging from $12 – $15 million dollars.

When asked what would help Kelowna’s bid, Dyas responded, “the one thing which would help increase our prospects for winning the bid, is if we were to go into the 2018-2019 Kelowna Rockets season with a sellout of season tickets.”

According to the Committee and the meetings held in Regina, the importance of this is to show to the league our commitment and desire as a community to host the Memorial Cup. Knowing that the Rockets have a sold-out season will no doubt help the bidding process.

[For those interested in being a part of this event, more information and details will be shared by the 2020 Kelowna Bid Committee in the near future on how to get involved.]