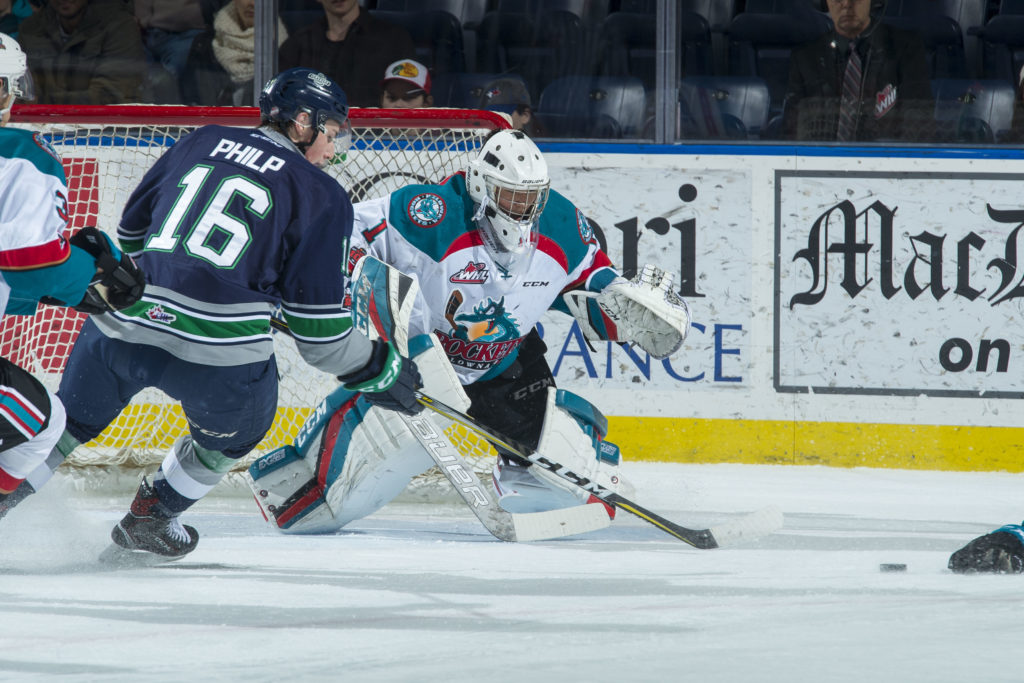 The Kelowna Rockets are looking to build momentum tomorrow when they host the Seattle Thunderbirds for Hat Trick Wednesday at Prospera Place.

The Rockets were last in action on Sunday when they defeated the B.C. Division-leading Vancouver Giants in a shootout. Forward Conner Bruggen-Cate says that the team needs to continue what they did on Sunday.

“We just have to work hard for the full sixty minutes,” said Bruggen-Cate. “We have to put everything on net and test out their goaltender; our shots will eventually go in.”

Tomorrow will be the final time that the two see each other during the regular season this year.

They’ve faced each other three times already this season. Seattle took the first two games; they defeated the Rockets 4-1 on October 6th at the ShoWare Center and 9-6 a couple of nights later at Prospera Place. Kelowna last saw Seattle on November 9th where the downed the Thunderbirds 3-1 at the accesso ShoWare Center.

The Rockets currently have a 20-24-3-1 record and 44 points which places them in third place in the B.C. Division. They’re seven points up on the fifth place Prince George Cougars and are three points in front of the fourth-place Kamloops Blazers. The Rockets are six points behind the second place Victoria Royals. The Vancouver Giants sit atop the division with 65 points and a 31-12-2-1 record.

The Seattle Thunderbirds currently sit in fourth in the U.S. Division with 42 points and an 18-22-5-1 record.   The Tri-City Americans and Spokane Chiefs are tied for third with 53 points each, they’re 11 points ahead of the Thunderbirds. The second place Portland Winterhawks are 13 points ahead of Seattle. The Everett Silvertips sit in first place with 72 points and a 35-12-1-1 record.

Come cheer on your Kelowna Rockets, puck drop is set for 7:00 pm! Purchase your ticket before 2:00 pm on game day and watch the game with a hot dog and pop for $19.99. Tickets are on sale at selectyourtickets.com, at the Prospera Place box office or by phone at 250-762-5050.