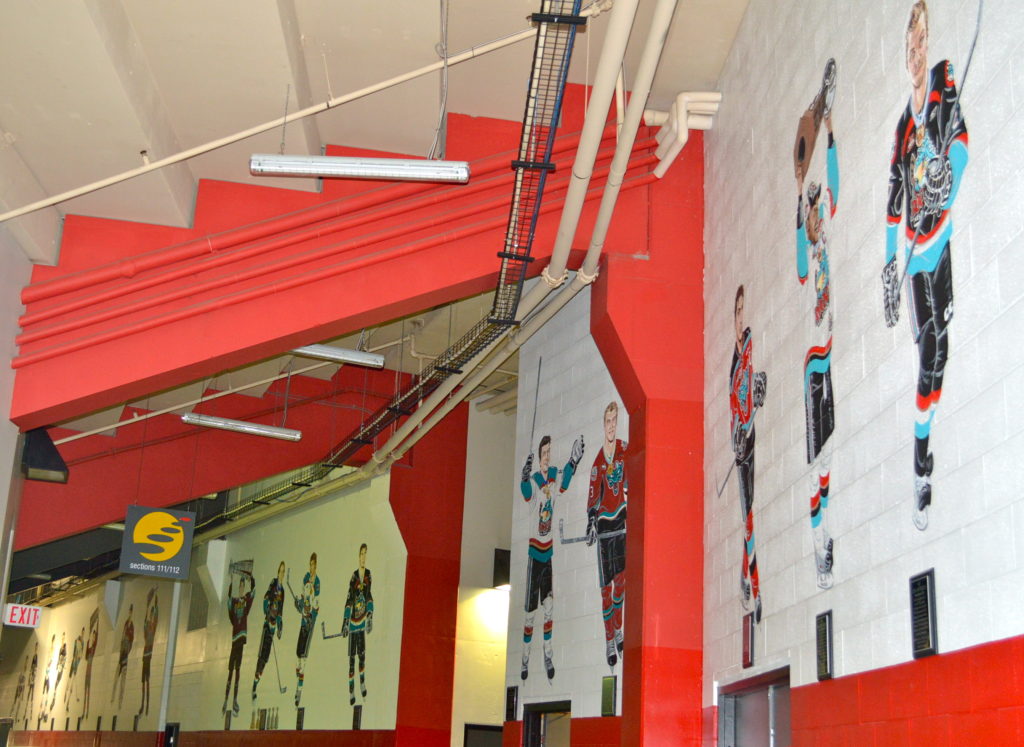 When the Kelowna Rockets moved their permanent home to Prospera Place it was named Skyreach Place. The Rockets decided they needed a way to honour past players. Some WHL teams such as the Regina Pats have names and numbers retired on banners. Other clubs like the Red Deer Rebels simply hang banners on the concourse of players of the past. Owner, President, and General Manager Bruce Hamilton looked around the new barn, and decided that he wanted to go a different direction to honour players. So Bruce decided there would be a mural of players who had contributed to the team’s success painted outside of the Rockets dressing room. The wall today is known as the Kelowna Rockets Wall of Recognition for Outstanding Achievement.

Each larger-than-life sized player painted on the wall features them in a pose dressed in full uniform. With the exception of Scott Parker and Jamie Benn, the players are either skating with a stick in hand, or holding a trophy. Their equipment normally shows what era they played in as most jerseys have the brand ‘CCM’ painted on in recent years. Gavin McLeod is in a Nike jersey, and Scott Hannan is wearing Bauer. They have a plaque at their feet explaining why they are up on the wall, as well as the sponsor that paid for the painting.

The mural is painted on the outside wall of the concourse. It begins at section 109 and stretches to section 114. Joey Burdziuk, an artist that lives in Edmonton, does every painting on the mural. She comes out to Kelowna to make additions to the wall. With a player like Duncan Keith, who won three Stanley Cups and two Olympic gold medals after the mural was already painted, those accolades are painted on at a later date.

Judy Levine is the project coordinator, helping secure sponsorships for each mural.

Originally the wall featured any player that was important to the organizations history. In the mid 2000’s as the Rockets became a powerhouse in the WHL and started producing championships as well as world-class players, it became evident that there needed to be criteria added to the wall.

As of 2004 to be added to the wall a player must have accomplished one or more of these feats:

Kelly Guard, a former goaltender of the Rockets on the wall, said that while it’s an honour to be featured as an individual, it’s his teammates who helped him get up there.

“Being up on that wall is a constant reminder of the brotherhood we formed and how all the sacrifices each player made was worth it,” said Guard.

Players on the wall include (left to right): 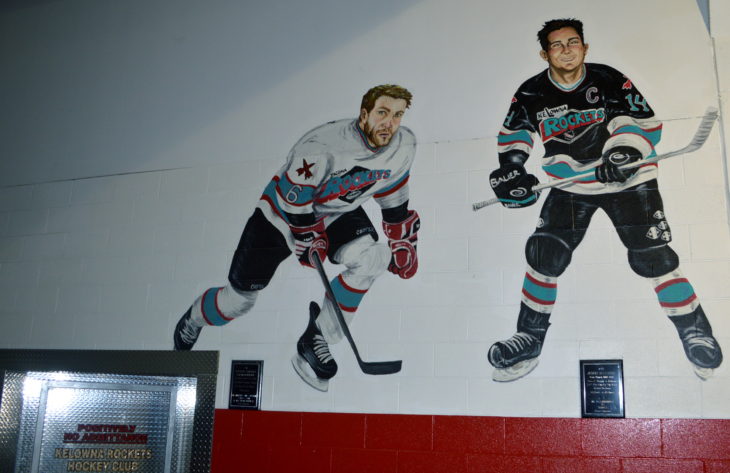 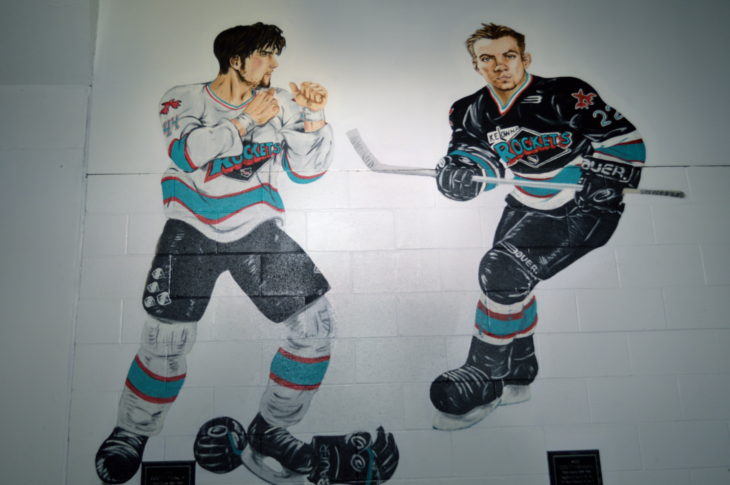 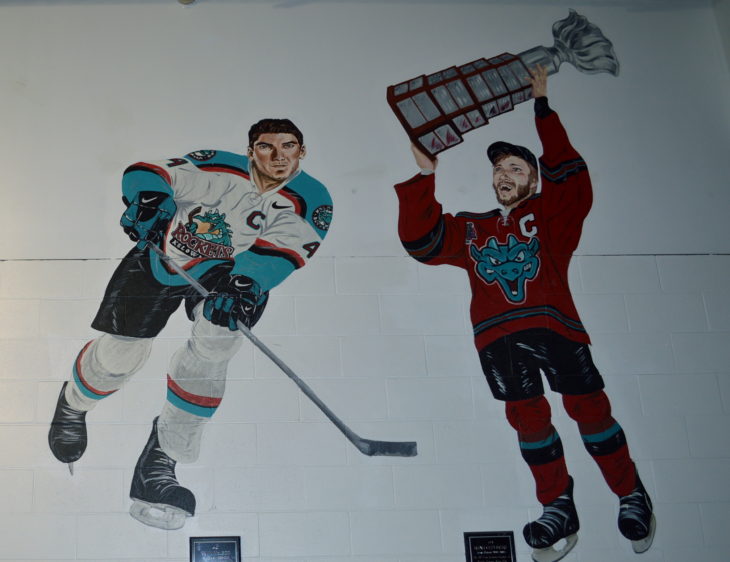 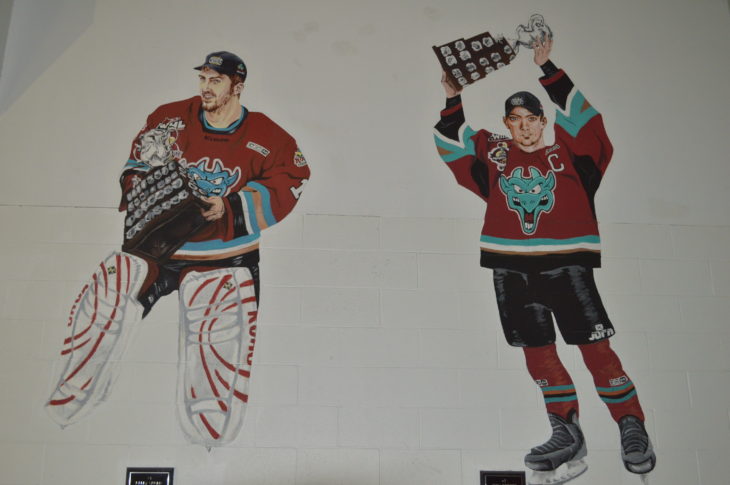 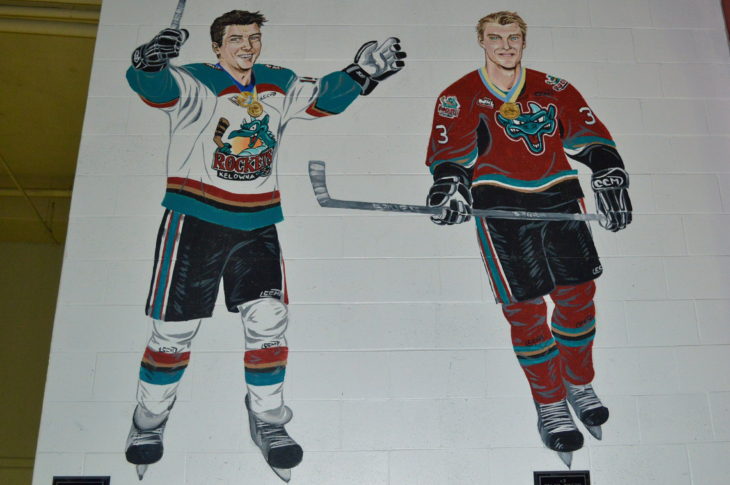 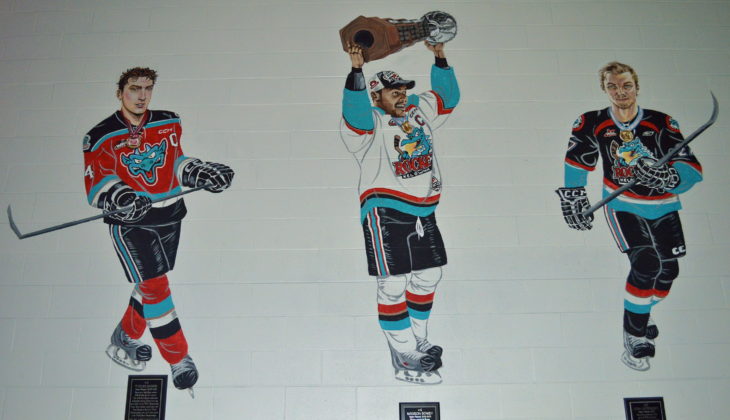 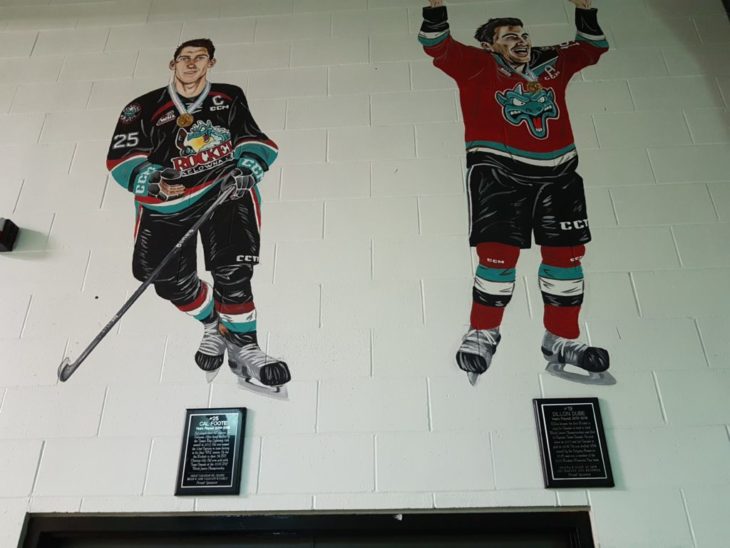 The Kelowna Rockets Wall of Recognition for Outstanding Achievement adds life to the walls outside the Rockets dressing room. It’s a place that every player who plays for the organization aspires to be on someday.