Kindree bounces back from injury 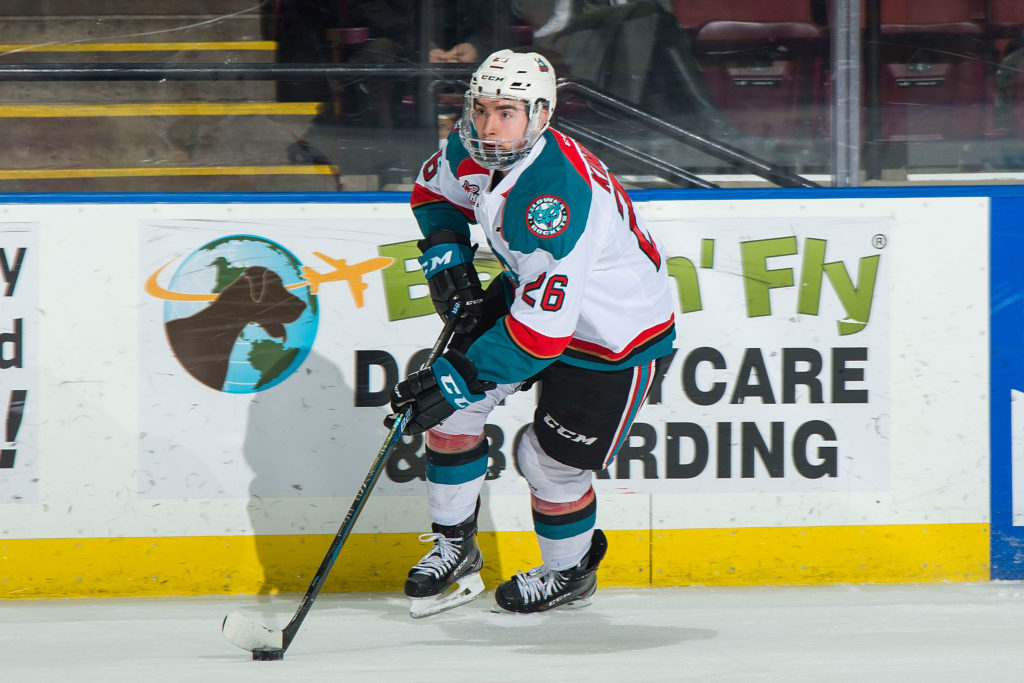 On January 26th Prospera Place fell silent as Liam Kindree laid on the ice motionless. Seconds before he collided with teammate Cayde Augustine, neither player knew it was coming. With the assistance of two teammates, Kindree left the ice.

He would miss almost a month as he sat out with a concussion and broken nose. Kindree said it was frustrating with his injury history, but he credits the Rockets staff with helping him stay in shape.

“Missing time isn’t fun, I’ve done it more than I’ve wanted to in this league,” said Kindree. “The Rockets always do a great job of keeping me in tip-top shape while I’m off the ice, so it’s pretty easy to come back.”

Kindree missed a total of ten games while recovering. He says that while it wasn’t fun to sit out, it was a learning opportunity for him.

“I didn’t like sitting in the stands, but up there you get a bird’s eye view. It’s a lot different from when you’re on the ice, watching from the crowd gives you the opportunity to be able to see what guys are thinking out there. I was up there watching trying to in every little bit that I can absorb, I try to bring that into my game as much as possible now that I’m back.”

One of the biggest differences that can be seen in Kindree’s game is the full face shield he is wearing, dubbed the fishbowl.

“I think it’s more annoying than anything. I’m used to wearing a visor, so wearing the full face mask is a little annoying, but I’m getting used to it.”

The 5’10, 177 pound forward returned to the lineup on February 19th against the Victoria Royals where he picked up an assist in the Rockets loss. Three nights later he suited up for his 100th WHL game against the Spokane Chiefs; he assisted on the games opening goal. Since coming back from injury, Kindree has points in five of the six games he has played in.

Kindree and the Rockets continue their playoff push this Friday when they head to Kamloops to face the Blazers.

They’ll return home to host the Blazers on Saturday night for the ‘RE/MAX Presents: Rockets Suit Up with Don Cherry to Promote Organ Donation’ game. There is a new Don Cherry bobblehead this season and specially themed jerseys that will be up for auction. Tickets are on sale at selectyourtickets.com, at the Prospera Place box office or by phone at 250-762-5050