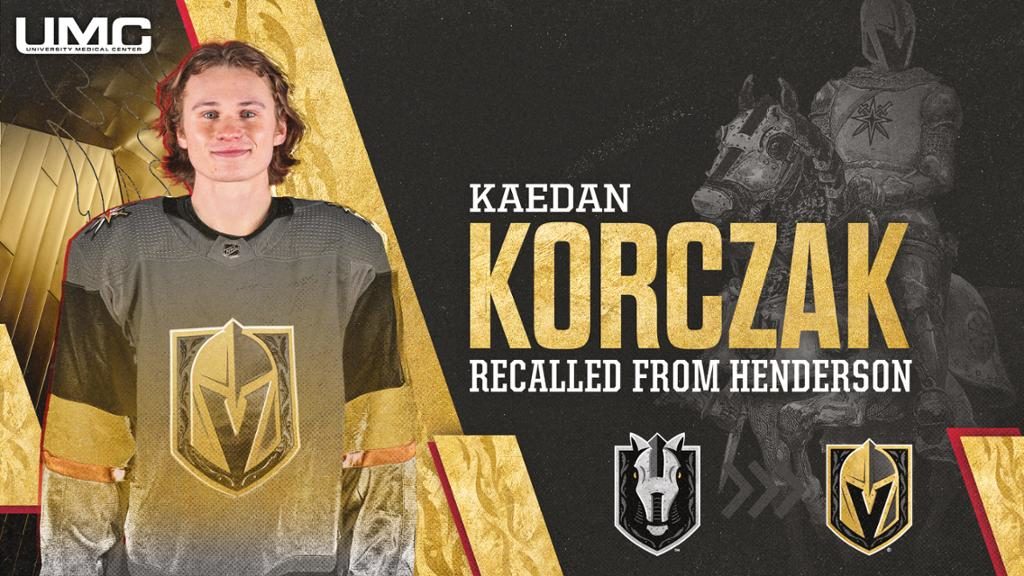 Defenceman Kaedan Korczak has been recalled to the Vegas Golden Knights taxi squad.

He claimed a silver medal with Team Canada at the 2021 IIHF World Junior Championship last month, where he posted one assist in seven games.

Following the tournament, he was assigned to the American Hockey League’s Henderson Silver Knights and appeared in a preseason game.

The Yorkton, Sask. product typically wouldn’t be AHL eligible this season due to his birth year (2001), but an exception has been made for NHL prospects as they await the start of the CHL season.

“It’s been a dream of mine to play in the NHL, and this is obviously the first step to that,” Korczak said in his media availability yesterday.

💻 Korczak: Wherever I am, I'm just trying to get better. Hopefully I stick here, but I just want to get better every day and hopefully end up here by the end of the year. pic.twitter.com/FWeStDOXCV

In 60 games last season with the Rockets, Korczak posted 49 points (11G, 38A) in his third full season of junior hockey.

The Western Hockey League announced on January 8, 2021, the WHL Board of Governors have made a commitment to play a WHL 2020-21 Regular Season. The start date for the season will be determined once final approval has been received from the Health Authorities in each provincial and state jurisdiction and it is anticipated the approvals will be received soon.