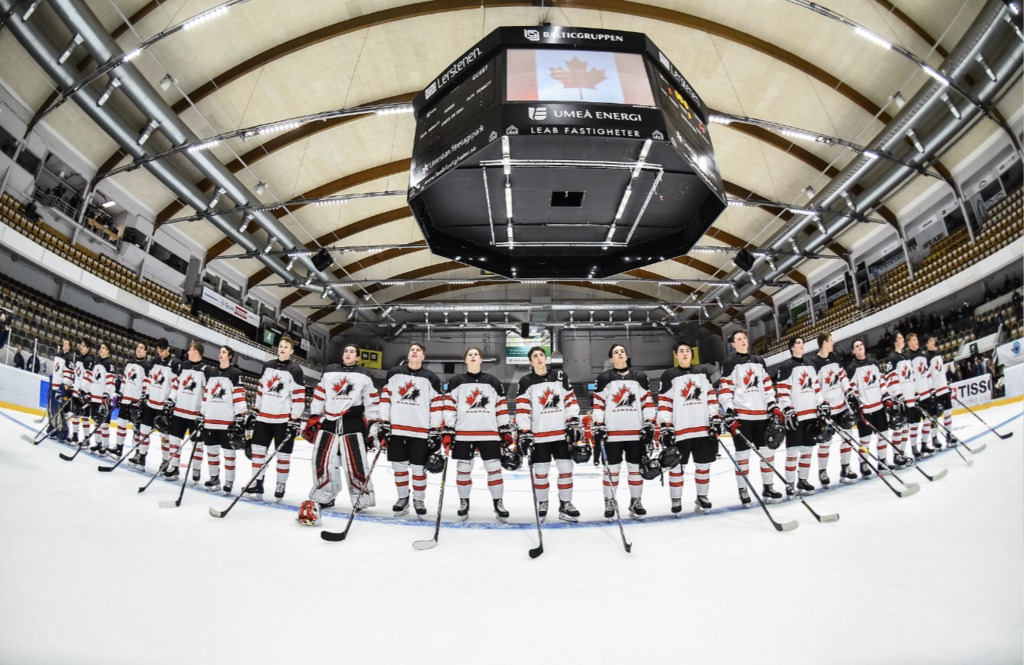 Kelowna Rockets defender Kaedan Korczak and Team Canada finished off their preliminary-round perfectly with a 6-2 victory over the Czech Republic Tuesday at the 2019 IIHF U18 World Championship in Umeå, Sweden.

Heading into Tuesday Canada was already 3-0. They opened the tournament on April 18 with a 5-3 win over Finland, where Korczak had an assist. The next day they downed Switzerland 7-4. Canada exploded with offense against Belarus defeating them 11-1 on April 21.

Korczak has been a fixture on Canada’s top defence pairing throughout the tournament, playing alongside Mississauga Steelheads defenceman Thomas Harley.

The Canadians finished atop Group A with a perfect 4-0 record, they’ll face Latvia in the quarter-finals on Thursday (10:30 a.m. PT). You can watch the game on TSN 1/5.