Korczak and Hamaliuk picked on day two of 2019 NHL Draft 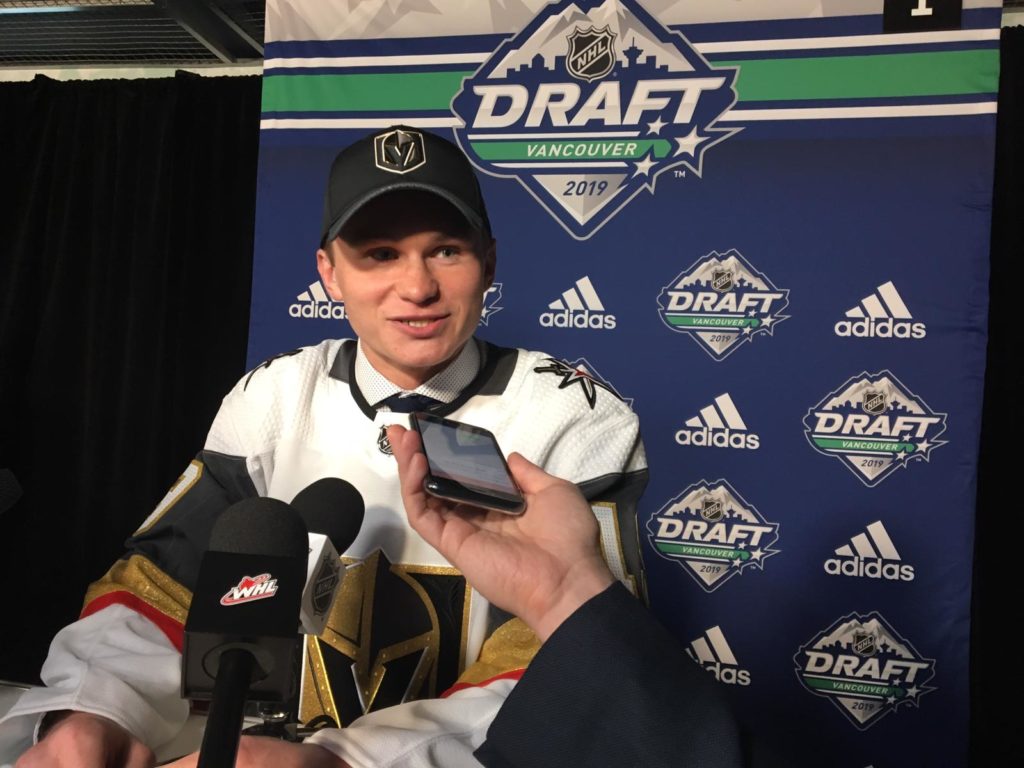 Two Kelowna Rockets players were drafted during the second day of the NHL Entry Draft at Rogers Arena in Vancouver, B.C.

Defenceman Kaedan Korczak and forward Dillon Hamaliuk were both selected in the second round. Korczak was by picked the Vegas Golden Knights 41st overall while Hamaliuk was taken by the San Jose Sharks with the 55th overall pick.

“It’s pretty surreal honestly,” said Korczak about being drafted by the Vegas Golden Knights. “I don’t know what’s happening through my head, I’m just enjoying the moment and taking everything in right now.”

The Yorkton, Sask. product suited up in all 68 Rockets games, setting career highs in assists and points; he had four goals and 29 assists, giving him 33 points.

Former Rockets defenceman Josh Gorges, Shea Weber and Damon Severson reached out to him over the last few days about the process.

“Those three texted me the week of (the draft) before I came and just said take it all in. It doesn’t matter where or when you go. Just enjoy the experience because it only happens once.”

The Golden Knights Development Camp will be held from Tuesday, June 25 through Saturday, June 29.

“Honestly it’s just a dream come true,” said Hamaliuk who did not attend the draft. “I wasn’t sure where I was going to be picked but what a feeling when I learned of the news.”

Hamaliuk was acquired from Seattle at the 2019 WHL Bantam Draft. He had 26 points (11G, 15A) in 31 games this past season before it came to an end due to a lower-body injury.

Four Kelowna Rockets players were taken at the 2019 Draft. Lassi Thomson and Nolan Foote were chosen during the first round last night.

The quartet becomes the 56th, 57th, 58th and 59th Kelowna Rockets players to be drafted into the NHL.